Heavy congestion was reported on main roads leading into Bangkok Sunday, at the end of the New Year's weekend. These gridlocked motorists were on the Phahon Yothin Highway in the Saraburi area. (Photo by Pornprom Satrabhaya)

The government has warned tough legal action will be taken against public transport drivers who violate traffic laws.

The death toll has reached almost 300 as more passengers return to Bangkok after the New Year holidays. Deaths are 11% higher than during last year's Seven Dangerous Days despite harsh measures.

Last year, there were 2,446 accidents during the first five of the dangerous days, compared with 2,753 so far this year, a rise of 12%. Total road casualties (killed and injured) are up 13%, year on year.

Government spokesman Sansern Kaewkamnerd stressed on Sunday that severe penalties will be imposed against both drivers and transport operators, particularly vans and inter-provincial buses, if accidents occur.

Driving and operating licences will be suspended or revoked, he said.

The warning came after several vans and buses were found to be travelling above the speed limit.

Heavy traffic was reported on several main roads leading to Bangkok including Mittraphap from the South and Phahon Yothin from the North.

"The prime minister also urges people who are returning to Bangkok to make travel plans to avoid traffic congestion and reduce the number of vehicles on main roads," Maj Gen Sansern said.

A total of 3,046 vehicles were confiscated from drink drivers from Christmas Day to last Saturday. Of them, 2,477 were motorcycles and 569 were cars.

Meanwhile, the death toll from road accidents has risen to 292 from more than 2,700 road accidents in the first five days of the "seven dangerous days" of the New Year holiday season.

Drink-driving was the major cause of the crashes, with more than 23% of cases, followed by speeding at 16%.

The death toll from road accidents has risen to 292 from more than 2,700 road accidents in the first five days of the "seven dangerous days" of the New Year holiday season.

Permanent secretary for justice Charnchao Chaiyanukit, in his capacity as chairman of the Road Safety Committee, on Sunday said the accumulated road accidents during the five days between Dec 29 and Jan 2 stood at 2,753, with 292 deaths and 2,855 injuries.

Drink-driving still remained the major cause of the crashes, with 23.08%, followed by speeding at 15.98%, said Mr Charnchao.

Most road accidents involved motorcycles, with 83.41%, followed by pickup trucks at 7.24%.

In Nakhon Si Thammarat, one person has been killed and 98 injured in 83 road accidents through Saturday, the fifth day of the seven dangerous days period.

The number of accumulated road accidents in this southern province has increased from the same period of last year by 12, the provincial road safety centre said.

The number of injuries has also increased from last year by 22, but the number of deaths reduced by 3.

Meanwhile, a total of 3,046 vehicles have so far been impounded from drunk drivers across the country as part of the New Year holiday road safety campaign.

National Council for Peace and Order (NCPO) deputy spokeswoman Sirichan Nga-thong said on Sunday that police and soldiers manning road checkpoints across the country have temporarily seized 3,046 vehicles — 2,477 motorcycles and 569 cars, from drunk drivers between Dec 25 and Jan 2.

During the nine-day anti-drive-drive campaign period, authorities have so far taken action against 21,690 motorcyclists and 8,462 drivers of public and private vehicles for violations, Col Sirichan said.

On Jan 2 alone, there were 5,869 violations of the ban involving motorcycles. A total of 525 bikes were seized and 5,040 people face legal action.

There were 2,264 violations involving public and private vehicles on that day, with 259 driving licences and 381 vehicles seized and 1,897 drivers facing legal action, she said.

Troops and police are arresting people found to be driving while drunk and seized their vehicles. The seized cars and motorcycles can be reclaimed after the New Year festivities. 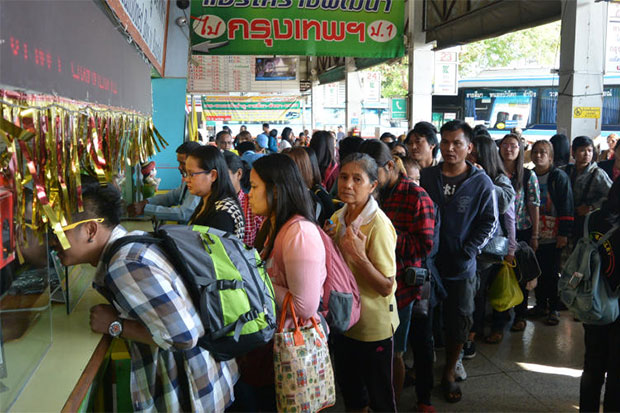 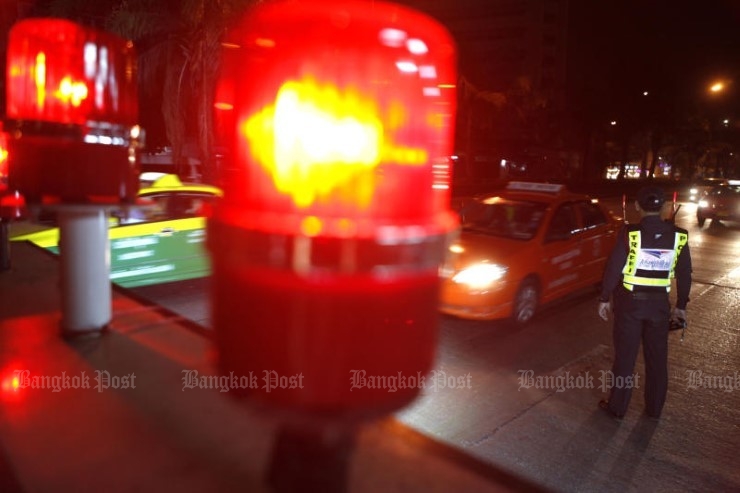 Police and troops have manned checkpoints throughout the country for more than a week, and have impounded thousands of vehicles, but have failed to reduce the New Year's highway slaughter. (Post Today photo)