Staffers and monks at Kanchanaburi's Wat Pa Luangta Bua Yanasampanno handle some of teh 147 big cats in their care at the so-called "Tiger Temple". (Photos by Piyarach Chongcharoen)

KANCHANABURI – Five tigers were seized late Thursday from the scandal-tainted “Tiger Temple”, the first move by the government to take away big cats from monks facing renewed allegations of wildlife trafficking.

Officials from the Department of National Parks, Wildlife and Plant Conservation used tranquiliser guns to sedate and place the tigers from Wat Pa Luangta Bua Yanasampanno in two six-wheeled trucks which took them to wildlife conservation centres in Ratchaburi province.

The trucks departed from the temple in Sai Yok district for the Khao Son and Khao Prathub Chang animal reserves, according to a source involved with the operation.

Thanya Netithammakun, the department's deputy-director general, told Thai Rath Online Friday morning that the five tigers had already been moved to Ratchaburi. The department will follow regulations governing care of the animals, he said.

Thailand-based wildlife activists hailed the move. Edwin Wiek, founder of the Wildlife Friends Foundation Thailand, tweeted Friday that it a positive, but small, step toward ending animal trafficking and abuse.

Removal of first 5 tigers from #TigerTemple last night is a first (small) step towards stop to illegal trade, exploitation and torture.

The move comes after the temple backpedalled on last week's reported agreement to give up custody of the giant cats, which have earned Wat Pa Luangta Bua Yanasampanno estimated 100 million baht a year in tourism revenue for the past decade. During the same period, monks there have been accused of speed-breeding and selling off tigers illegally.

Moves to remove the tigers gained momentum in 2014  when three of its 147 captive tigers reportedly disappeared. 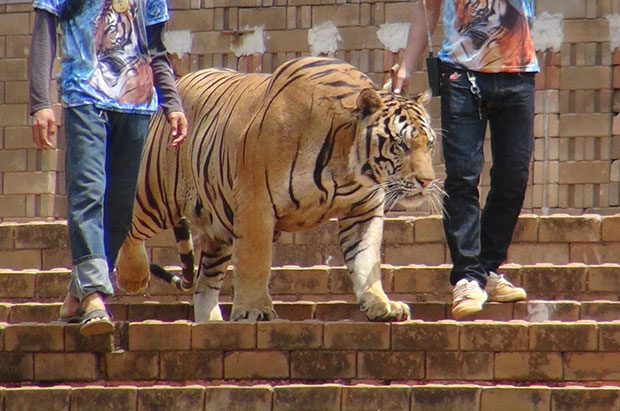 In an investigation published over the weekend, National Geographic magazine reported that Australian activist group Cee4life (Conservation and Environmental Education for Life) said over the weekend it has new information indicating that tigers have been taken illegally to and from the temple since at least 2004. The group's Tiger Temple Report was given simultaneously to Thai officials and National Geographic magazine last month and was released publicly this week.

Earlier this month, the Wat Pa Luangta Bua Yanasampanno Foundation lawsuit against the parks and wildlife department, seeking 147.4 million baht, plus 7.5% annual interest, to cover the costs of caring for the tigers that have made the temple a popular tourist destination for a decade.

The Court of First Instance accepted the case and the trial will begin in February.

Another source said the two sides had reached an agreement that 70 tigers could be removed while the remaining 77 should be kept at the temple for tourism purposes so the foundation can earn revenue to operate. The tigers would be placed in a zoo the foundation is building.

However, there has been no disclosure of the agreement to the public.

The latest count in March 2015 indicated that the temple had 147 tigers, but it is possible that around 30-50 cubs were born and not registered.

Meanwhile, there has been no update from either the temple or the wildlife department regarding the missing tigers. 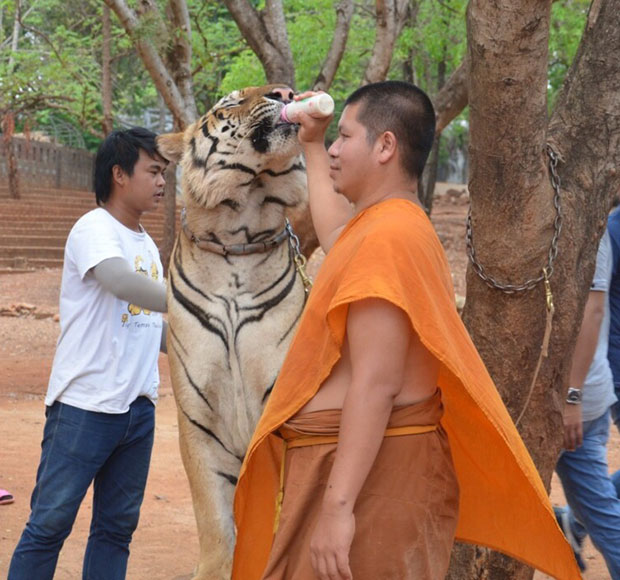 A brave throw of the dice