The mother of murder victim Pijakkana Somsakul fainted after learning she was killed by her lover. (Photo by Wichan Charoenkiatpakul)

A middle-aged man shot his love interest to death on Valentine's Day in the middle of a Nonthaburi department store, before turning the gun on himself, and in the process also injured a nine-year-old girl with a stray bullet.

The shooting occurred Sunday in front of an iStudio shop on the second floor of the Central Plaza Rattanathibet in Muang district about 11am and caused panic among Valentine's Day shoppers.

He shot himself in the head a minute later and succumbed to the gunshot wounds while being taken to hospital.

Witnesses described scenes of panic as gunfire rang out.

One of the bullets hit a nine-year-old girl, Papassorn Kwaniam, in the neck. She was walking with her mother at the time.

She is being treated at Pranangklao hospital and is reported to be in stable condition. 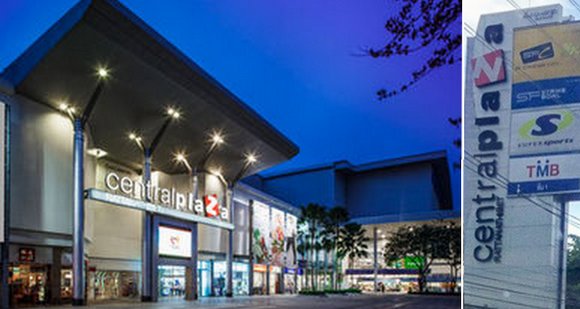 Police initially assumed Suchart had tried but failed to settle a love issue with Pijakkana, a sales assistant at the shopping mall.

Witness Apinya Duangprom, 24, who works at a coffee shop, told police she saw Pijakkana run up the escalator to the second floor with Suchart chasing her from behind.

The man then pulled out a gun and opened fire. Pol Lt Supalak said the gunman ran a grocery shop opposite the Ministry of Commerce.