PRACHUAP KHIRI KHAN — Forestry officials are distributing water to hundreds of long-tailed macaques facing drought and heat on an island which is part of the coastal Khao Sam Roi Yot National Park to help them survive.

Park chief Rungroj Assawakuntharin said officials had begun making boat trips to Ko Rum island from the mainland every few days, bringing in water in large containers to help the thirsty macaques. He said there had been no rain for the past few months. The agency had built a pit as a permanent water source for the monkeys.

The trips may become more frequent if the temperature rises.

Mr Rungroj said Ko Rum island was badly hit by drought this year, while the heat had made water sources evaporated more quickly. There were fewer fruits with moisture and leaves were drying out, meaning reduced sources of liquids for the monkeys and making the demand for water more urgent.

He said park administrators had asked tour operators and visitors to bring fresh water with them on their visits and add it to the pit.

Park official Wattana Pornprasert said Ko Rum was a small island that had no man-made structures and the long-tailed macaques’s main food was rock oysters. They are known for their cleverness in using tools such as rocks to break open the shells of oysters, crabs and nuts. 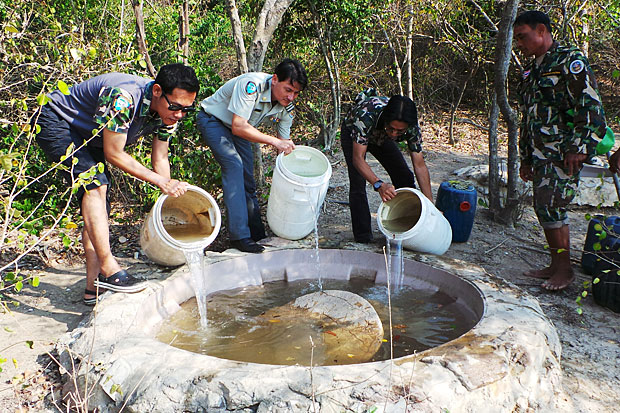 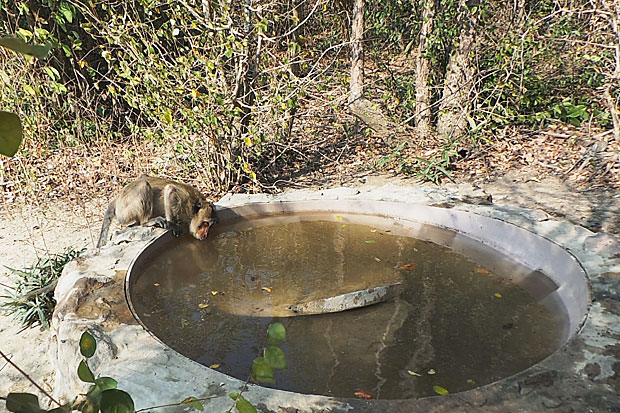 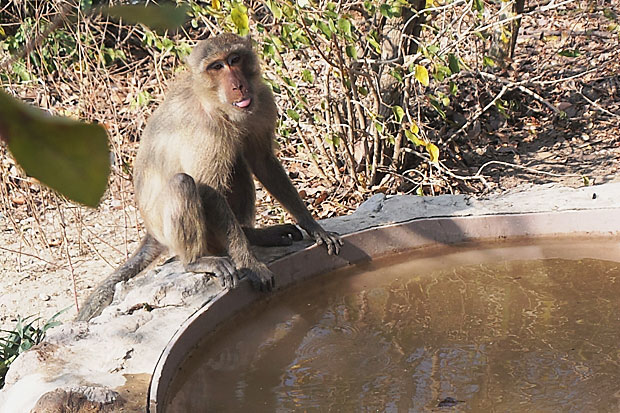