Local activists have accused China of using the Mekong River's water resources to increase its political power in the region.

The accusation came Tuesday as Prime Minister Prayut Chan-o-cha left Thailand for China for the opening day of the first Mekong-Lancang Cooperation meeting being held in Sanya, Hainan province, until tomorrow.

Earlier, China announced on March 10 it had released water from Jinghong dam in Yunnan, with further releases planned until April 10, to help ease the drought in Thailand and other countries in the sub-region.

Activists said China was exploiting its control of the river to increase its political power.

They said China typically releases water into the Mekong to help along transport and trade during this time of year.

Department of Water Resources director-general Suphot Tovichakchaikul Tuesday confirmed the water release by China was nothing special, saying it was an annual practice.

"This is horrible. I think Chinese authorities are doing this only for their political benefit. They are exploiting the Mekong River as a card in political negotiations. This means China now has absolute power in negotiations," said Withoon Permponsacharoen, director of the Mekong Energy and Ecology Network.

He said China several years ago pledged to disclose information about its management of the Mekong River but it ultimately released very little.

"China has made its dams a condition of talks on the region's development even though the Mekong River is actually a shared natural resource that should be free of politics," he said. 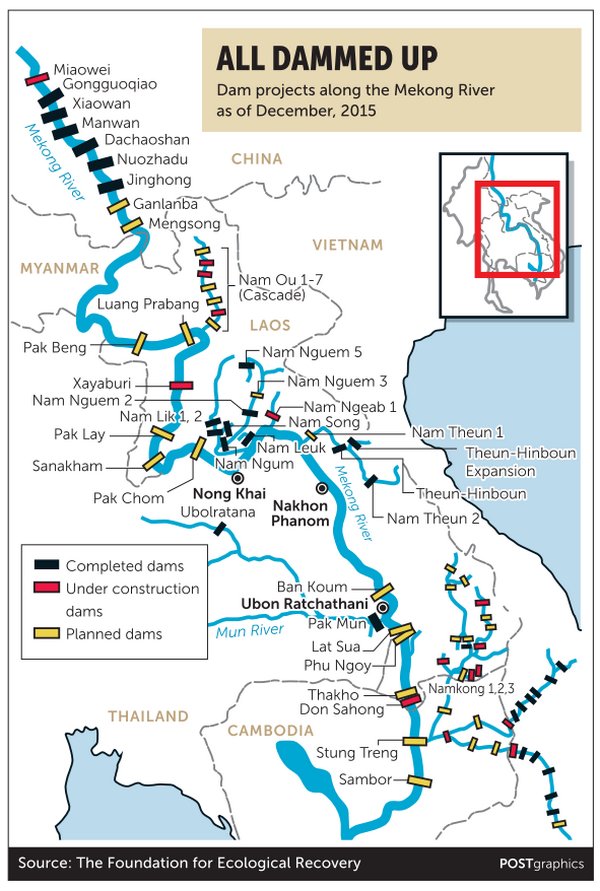