Five of the seven Vietnamese trawlers seized for illegal fishing in Thai waters are berthed at the Songkhla naval base on Saturday. (Photo from Second Naval Area public relations Facebook page)

Seven Vietnamese vessels have been seized and 38 crewmen and skippers arrested for illegal fishing in the Gulf of Thailand in Nakhon Si Thammarat province.

Naval officers from the patrol ships HTMS Narathiwat and HTMS Khlong Yai spotted the Vietnamese vessels fishing off Koh Kra, an island 30 nautical miles from the coast of the southern province on Friday.

The seized vessels, their crewmen and skippers were taken to the Second Naval Area’s Songkhla naval base on Saturday. The suspects were later handed over to Songkhla police for legal action. 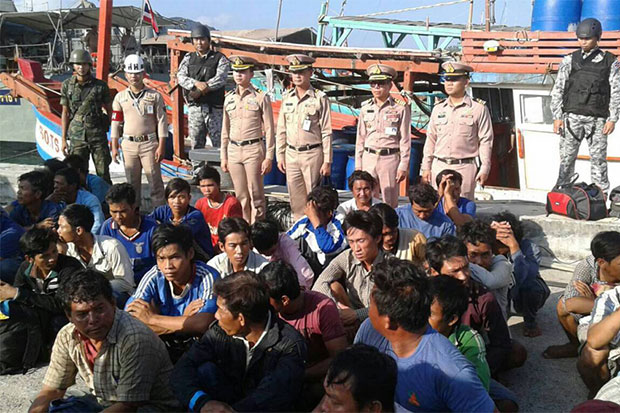