The Department of National Parks, Wildlife and Plant Conservation has earmarked 500 million baht to upgrade the 50 most popular national parks by the end of this year.

Director-general Thanya Nethithammakul said the department will be able to invest in the project thanks to a recent increase in revenue stemming from tighter measures to collect maintenance fees, especially from the marine national parks in the southern provinces.

The upgrade plan is a part of the government's policy to promote tourism.

It is estimated 13 million people visit national parks every year.

The department says it expects to earn 1.2 billion baht this year, up from 880 million baht last year, thanks to changes to the entry fee collection system.

It had previously received complaints from environmental activists alleging some park officials -- working at marine national parks in the South such as Similan National Park in Phangnga, and Hat Noppharat Thara-Mu Ko Phi Phi National Park in Krabi -- of committing fee theft, according to the department.

Tighter controls over the way fees are collected have minimised opportunities for waste and theft, he said. 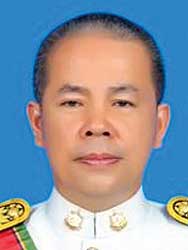 The director-general said the budget will be allocated to improve the parks, including accommodation, toilets, restaurant services and other facilities, which visitors should appreciate. The parks would be able to compete with world-class natural attractions.

Another possibility is to hire private tourist operators to look after tourists at some parks or hire more officials to take charge of hospitality services, he added.

"We will improve the recreation zone in the parks to welcome tourists, responding to the government's policy," he said, adding the industry generates a high income for the country and that national parks were a significant tourism attraction.

The department has a five-year plan to improve parks nationwide, including a plan to renovate accommodation and improve other facilities, such as landscaping and waste management systems.

The plan is expected to start this year and will also require 500 million baht, Mr Thanya said.