Police out in force to keep Songkran safe
Thailand
General

Police out in force to keep Songkran safe

About 90,000 police officers will be deployed around the country this week to manage road traffic and ensure the public are safe during the Songkran festival. 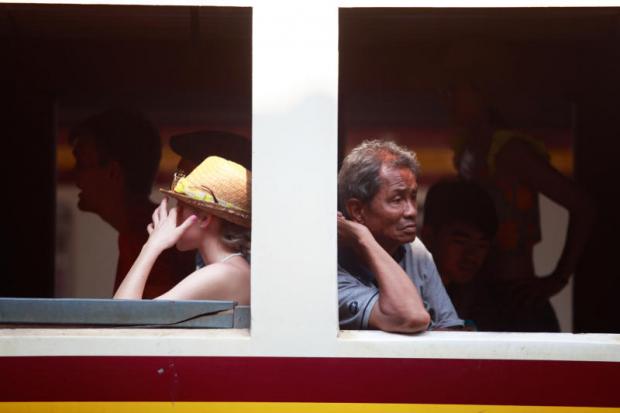 Foreign tourists join Thais returning home to the provinces as a train departs from Bangkok's Hua Lamphong station on Saturday.

Police spokesman Detnarong Sutthichanbancha said on Saturday said the Royal Thai Police will station the officers around the country from tomorrow until next Sunday.

As for drink-drivers and reckless drivers caught speeding, their vehicles and driving licences will be seized and legal action will be taken against them.

Pol Gen Detnarong said authorities will enforce the law in every way to provide safety and security for the public.

Provincial governors will have to work with other local administrative authorities including district chiefs, village chiefs and religious leaders to launch a campaign to raise awareness about the dangers of drink driving in their communities. Signs to campaign against drink driving will be put up in each province.

Community leaders and villagers are required to jointly devise regulations to curb road accidents. More checkpoints will also be set up in each village to spot drink-drivers.

Traffic congestion has been reported on some parts of Mittraphap Road, the main highway to the Northeast, as travellers continued to return to their home towns ahead of the festival.

About 4,000 police officers have been stationed at main and local roads. Eighty-nine checkpoints along main roads in Nakhon Ratchasima, 2,290 local checkpoints in villages and communities and 298 vehicle maintenance stations will be set up in 32 districts across the province.

According to the Transport Ministry, more than 22 million people, up by one million from the same period of last year, are expected to use mass public transport to go home and return to the cities to work in the 10 days ending next Monday.

Lecturers, students petition PM against use of violence