Four people were killed and six others injured when their van struck a roadside tree and burst into flames in Prachin Buri on Monday afternoon.

The accident occurred on Ban Sarng-Prachin Buri Road in Ban Sarng district. Paramedics found three bodies trapped inside the Bangkok-registered van which was engulfed in flames when they arrived. Another body, thought to be the driver, was thrown out of the vehicle.

The van was travelling from Nakhon Nayok to Chon Buri when the  fatal crash occurred, police said.

Police initially withheld the names of the dead and injured and were investigating the cause of the accident. 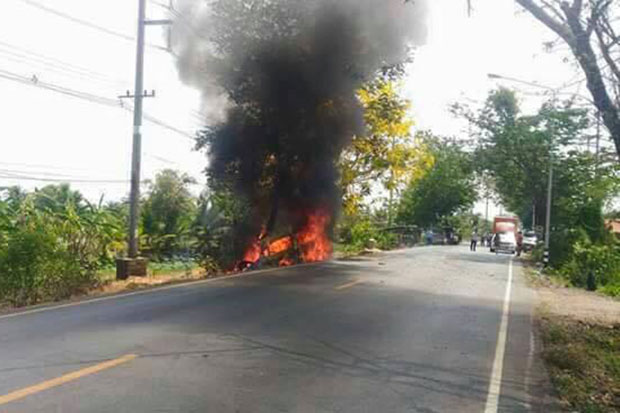