Fire crews struggle to bring the flames under control as fire rages through the yet to be opened Ban Phayamai tourist attraction in Pattaya, Chon Buri, on Friday morning. The Thai-style wooden house, which took about 10 years to build at a cost of 100 million baht, was completely destroyed. (Photo by Chaiyot Phuttanapong)

CHON BURI - Fire completely destroyed a 100-million-baht Thai-style wooden house being decorated before being opened as a tourist attraction, in Pattaya area of Bang Lamung district on Friday morning.

At least 10 fire trucks and crews were deployed to battle the blaze at Ban Phayamai in tambon Nong Preu after the fire started about 10am, police said on Friday.

Flames spread quickly through the main wooden structure and firemen took several hours to bring it under control. The large wooden house covering 600 square wah, or 1.5 rai, was built of teak and other precious wood, and was completely burned down.

The site comprises many Thai wooden houses and sprawls over about 10 rai. Its worth is reported to be around 200 million baht. The fire gutted the main wooden structure, which reportedly cost about 100 million baht.

The tourist attraction is owned by Khunthong Ou-ngern, a former tourist police officer and now well-known businessman and owner of Poipet market in Pattaya. He was unavailable for comment.

Police said construction began about 10 years ago. The house was being decorated before finally being opened to paying visitors.

No casualties were reported. Total damage was still being estimated. 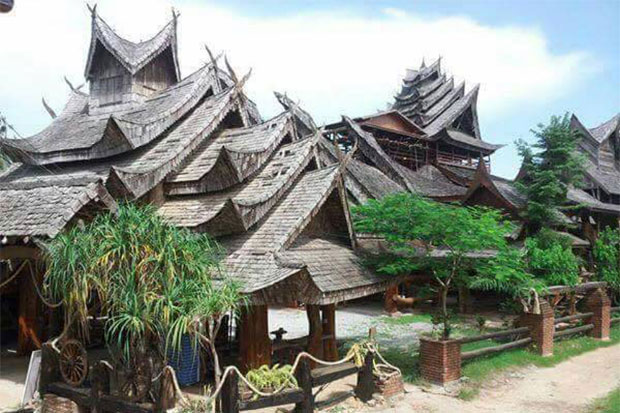 Ban Phayamai, an elegant and very costly Thai-style wooden house and intended tourist attraction in the Pattaya area, before it was burned down on Friday. (Photo by Chaiyot Phuttanapong) 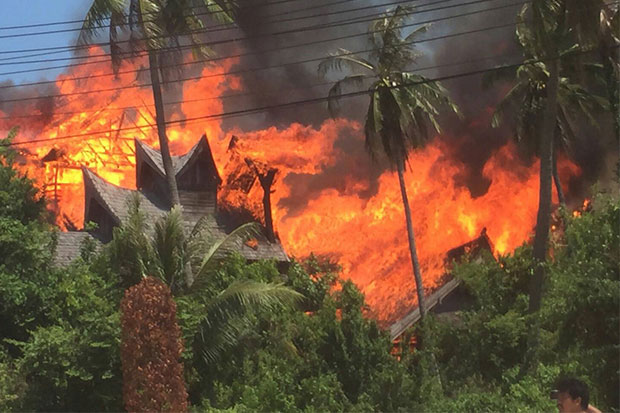 A fire rages through Ban Phayamai in Pattaya on Friday morning. (Photo by Chaiyot Phuttanapong)