Police praised for getting rid of 'road occupiers'
Thailand
General

Police praised for getting rid of 'road occupiers'

Samran Rat police in Bangkok have received overwhelming praise and support from the public after photos of its officers taking away objects placed on traffic surface on a soi on their motorcycles circulated in social media.

The photos, originally posted on the police station's Facebook, went viral after Facebook of Thailand Police Story shared them.

Parking is allowed on certain roads and streets at specific times. But motorists looking for parking space on minor roads and sois are hard pressed to find any because local home and shop owners stake claims on public roads in front of their homes by putting objects there around the clock.

Many commentators agreed that roadside residents could not arbitrarily claim the road space in front of their houses as their own and called for the same crackdown everywhere in Bangkok.

Songthai Chailoey, a commentator, wrote: “This is Thailand only, where people buy roadside homes and get parking space on public roads for free."

Supornrat Kanyawarat wrote while she understood roadside residents’ plight of not having parking space, she agreed that other people’s right has been violated by these road occupiers.

Pol Lt Col Somkasem Jarak, Samran Rat police station’s deputy chief in charge of traffic affairs, told Thairath Online that the crackdown began a year ago but had not been publicised until the photos were posted online.

He said officials use a saleng (tricycle), tuk tuk, pickup truck and a motorcycle to pick up the items the road occupiers put on the roads to stake their claims. The items confiscated varied from paint containers, home-made poles, wooden chairs and even car bumpers.

“Before we seize them, we always ask people nearby who own them. But few admit they belong to them so we can't fine (the violators)," Pol Lt Col Somkasem said.

"If someone contact us for the return of their assets, they will face a maximum fine of 500 baht for hindering public roads." 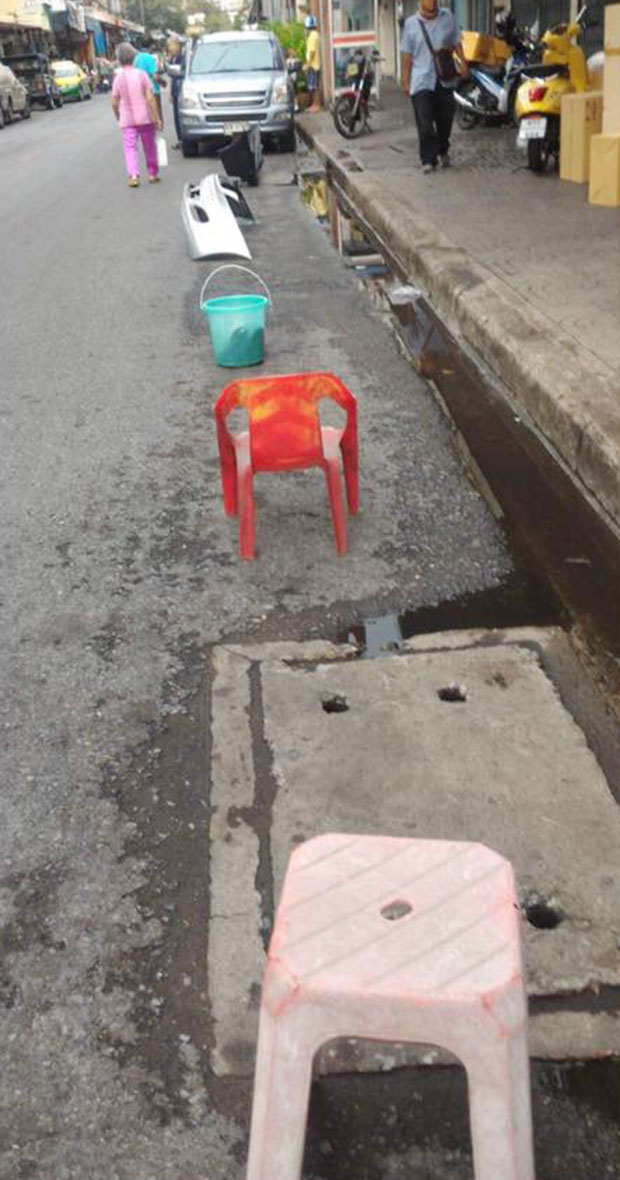 PHUKET: A Singaporean woman was killed and seven others, including her four compatriots, injured when a car she was driving hit a small tour bus while coming downhill on a hilly road Muang district on Friday night.