PRACHIN BURI — Four state officials were killed and two others were badly injured in a three-vehicle chain reaction crash in Kabin Buri district on Thursday evening.

The accident occurred between kilometre markers 185 and 186 on Kabin Buri-Sa Kaeo Road in Nonsee sub-district. The first crash involved a 10-wheeled truck with a broken front leaf spring which was driven by Thanat Sangarun, 25,

The mini truck’s bed was torn apart by the force of the collision, then flew over a median strip and hit a pickup truck coming from the opposite direction. Three local forensic policemen were in the pickup which was heavily damaged. One of them, Pol Lt Auychai Nakhasomboon, succumbed to his injuries while being taken to Kabin Buri hospital.

The other two officers, a man and a woman, sustained serious injuries. They were later transported by helicopter to Police General Hospital in Bangkok for further treatment. 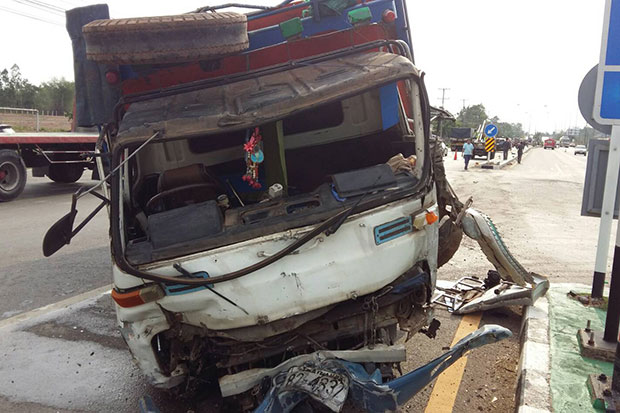 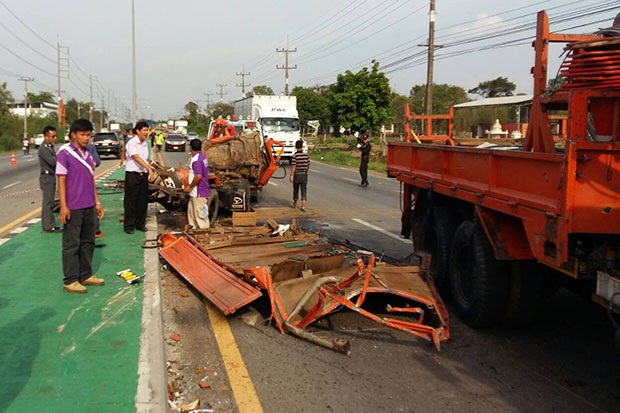