A new Section 44 decree gives NBTC secretary-general Takorn Tantasith and all other commissioners full legal immunity for any action in censoring or banning radio and TV stations. (File photo by Post Today)

National Broadcasting and Telecommunications Commission (NBTC) officials have been given immunity from criminal and civil lawsuits if they pull the plug on TV and radio stations deemed to run illegal content.

The National Council for Peace and Order (NCPO) chief granted the immunity under Section 44 of the interim charter, announced in the Royal Gazette on Thursday.

They now fall under criteria where the NBTC could suspend or revoke the licences of offending radio and TV operators under Section 37 of the Operating Radio and Television Broadcasting Business Act.

They cover false information or elements which appear to defame the monarchy, news deemed to harm national security, dishonest criticism of the NCPO, confidential materials of state agencies, information causing incitement and division, calls for assembly to oppose state authorities and threats against individuals. 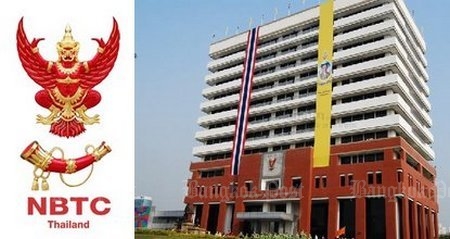 The order stipulates that NBTC personnel would be shielded from criminal and civil suits as well as disciplinary action if they perform their duties properly in overseeing broadcast content.

Notably, the order effectively has retrospective effect since it protected the NBTC from 2014, or when the No.97 and No.103 announcements outlining the offensive content were announced.

Since the coup, the NBTC has taken action against a number of broadcasters critical of the coup or the junta based on the two announcements. The actions range from warning them and having them sign memorandums agreeing to stop airing illegal content to suspending or revoking licences. With the order, all of its past actions will now be protected.

Most recently, the NBTC suspended Peace TV station licence twice but each time the Central Administrative Court gave the station an injunction, allowing the red-shirt TV to continue to operate.

Thai Broadcast Journalists Association (TBJA) president Thepchai Yong said the order should not have come up in the lead-up to the Aug 7 referendum.

The media should have freedom to express views so the public can gauge all aspects of the charter, he said.