The Election Commission (EC) on Wednesday announced the official referendum figures which show a 59.4% turnout, of which 61.35% voters were in favour of the draft charter and 38.65% against. 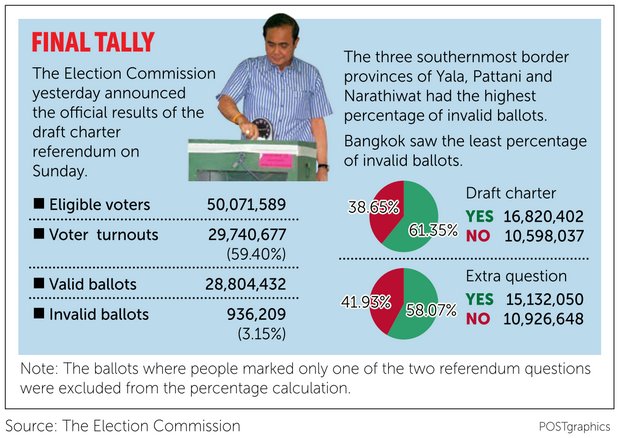 Ballots marked with only one of the two referendum questions answered were excluded from the percentage calculation, said acting EC secretary-general Boonyakiat Rakchartcharoen.

Prime Minister Prayut Chan-o-cha called on all sides to put aside their differences after the result was officially announced.

Gen Prayut urged them to join hands to move the country forward as problems and challenges lay ahead.

The referendum vote reflected the confidence and the trust of people in the National Council for Peace and Order, and the government.

"Don't underestimate the power of people," he added in a nationally televised programme to thank all voters. 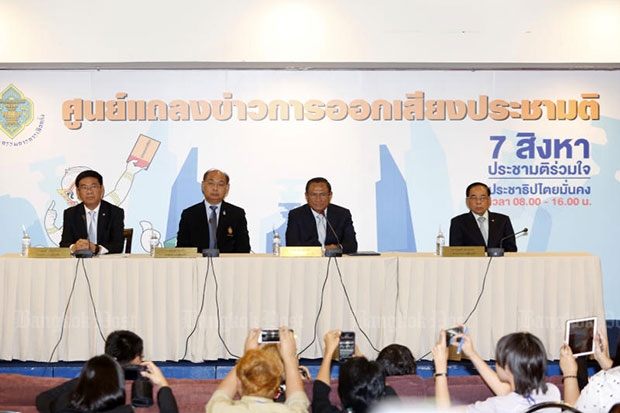