Gen Prayut  led cabinet members and chiefs of the military and police forces Thursday to deliver their New Year blessings to the statesman at his Si Sao Thewes residence.

Many other high-level government officials were also present. 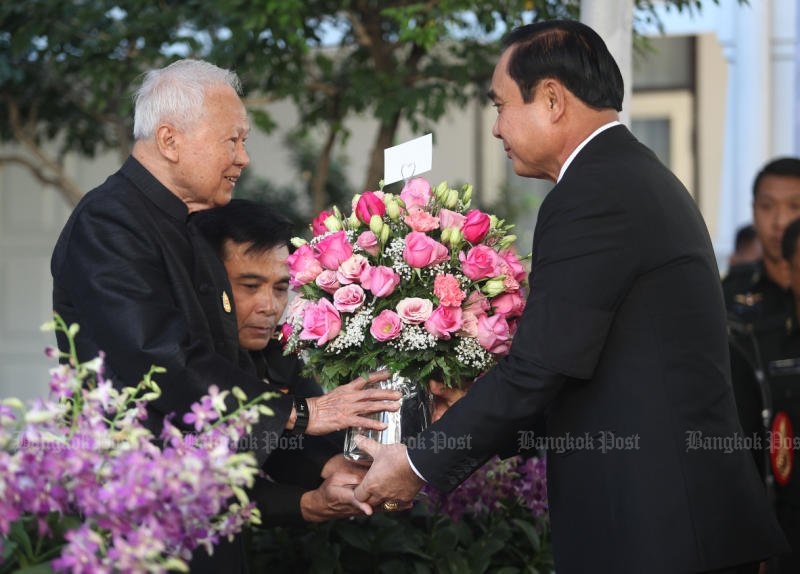 Gen Prem told the well-wishers he was aware of the government's hard work.

"The government is exhausted and the prime minister, even more so. 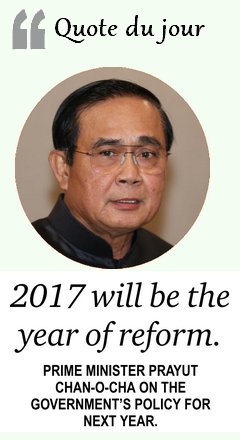 He was confident the prime minister would continue to work with full stamina, in keeping with the task of running the country.

"I'm glad the prime minister and everyone here is dedicated to the country's cause. We may be tired but we are not despondent," Gen Prem said.

He urged Deputy Prime Minister Prawit Wongsuwon and the armed forces leaders to do their best to help Gen Prayut.

"If one feels on the verge of losing steam, he only needs to look up at the picture of the late King who had endured hard work for 70 years. That is far more than what any of us has gone through," he said.

In his New Year's greeting, Gen Prayut, also chairman of the National Council for Peace and Order, praised Gen Prem for his experience, ability and loyalty to the royal institution and wished him strong health and a good life.

Gen Prem also talked to the heads of all the armed forces and Royal Thai Police before having a private meeting with Gen Prayut that lasted about 15 minutes.

Emerging from the meeting, Gen Prayut said Gen Prem had inquired about his work plans for the next year.

However, the prime minister insisted the private talk did not touch on the government's roadmap and said the media should not pay too much attention to the subject.

He said next year will set the stage for national reforms ahead of an election.