BANGKOK - Thailand has stepped up prosecutions for human trafficking and hopes its status will be upgraded in the annual US Trafficking in Persons report, the foreign minister said on Thursday.

The Ministry of Foreign Affairs on Tuesday submitted the country's official report on anti-trafficking efforts for the year 2016 to the United States. 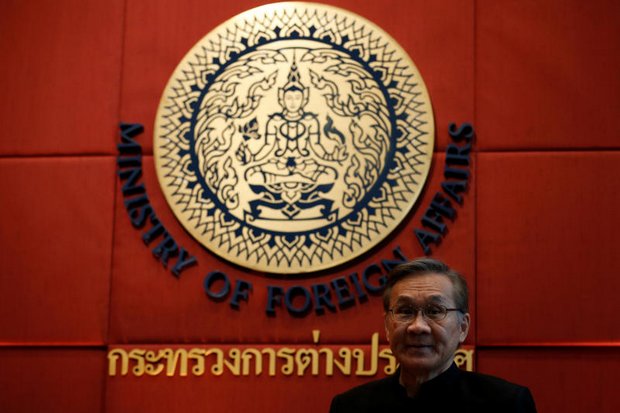 Foreign Minister Don Pramudwinai hosted a news conference Thursday to discuss the Thai submission to the US for its Trafficking in Persons (TIP) report due in June. (Reuters photo)

The US State Department's TIP report, which assesses the efforts of 188 countries to combat modern-day slavery, usually comes out in June. On Thursday, officials summed up the report at a press conference.

The report, which ranks countries based on anti-trafficking efforts, matters to Thailand's junta as it tries to fully normalise relations with Washington and to show it is tackling tough issues better than previous civilian administrations.

Last year, Thailand's status was upgraded a notch to "Tier 2, Watch List". It had been downgraded to the lowest level, Tier 3, after a 2014 coup.

"No matter which government would like to inspect us, if they look at our efforts for the past three years, they should have a good feeling, or even admire, what we have done," Foreign Minister Don Pramudwinai told a news conference.

"We certainly are hopeful we'll be viewed favourably."

"Even though there are still a few remaining challenges and some work to do, we have made significant progress," said Songsak Saicheua, a Foreign Ministry official overseeing relations with the United States.

Of those cases, 244 involved sex trafficking and 43 were related to exploitation in the fishing industry, it said. The remainder involved other labour trafficking abuses.

The military government has made efforts to crack down on human trafficking, with some successes, particularly in trafficking persons from Myanmar. Current abuses and investigations are centred mostly within Thailand's multi-billion-dollar seafood industry.

Mr Don did not expect any change in US emphasis on the importance of fighting human trafficking under new President Donald Trump, but said it would remain a priority for Thailand anyway.

Rights groups say millions of migrant workers remain vulnerable to abuse in the sex trade and other industries including fishing, but they have recently tempered their strong criticisms of efforts by the junta to crack down on trafficking, and labour and human rights abuses.

Last June, the State Department upgraded Thailand to "Tier 2 Watch List," signifying governments that do not fully meet minimum standards on human trafficking but are making major efforts to do so. The move provoked widespread criticism from rights groups, which said the country had not done enough to deter and prosecute trafficking.

But the groups now say the government is making stronger efforts to improve.

While they say it's unclear how effective they will be, "Thailand is clearly trying to do a lot to deal with the human trafficking issue," said Phil Robertson, deputy Asia director for Human Rights Watch.

Thailand "has outshone its neighbours in the efforts being made".

"No one doubts their energy", said Mr Robertson. "The issue is efficacy. Will the things they're doing here protect vulnerable migrants from human trafficking?"