A descendant of a member of Khana Ratsadon has filed a report with police, seeking the return of the Khana Ratsadon memorial plaque, which mysteriously disappeared and replaced by another one with a different inscription.

The brass mark, buried at ground level in the Royal Plaza, marks the spot where the announcement was made about the revolution. The inscription on the brass plaque reads: "Here at dawn on June 24, 1932, Khana Ratsadon brings into being the constitution for the sake of the country's prosperity."

It was replaced with a similar-looking plaque bearing the inscription: "May Siam be blessed with prosperity forever. May the people be happy and cheerful and become the strength of the country."

Nobody knows when it happened and no one has claimed responsibility.

Mr Prit said he volunteered to represent a number of phuyai who are not comfortable with the incident.

"We made history when constitutional monarchy was established on that day. I personally think it's the best rule Thailand has ever had," he said.

However, Mr Prit admitted not all descendants of Khana Ratsadon founders felt the same way about the missing plaque.

"The descendants of Khana Ratsadon members have mixed feelings about the incident so I've volunteered to represent them.

"I'd just like to know how it's gone missing and where it is now. In any case, it's not a life-or-death issue," he said.

He also had a question for the Democrat party, specifically party leader Abhisit Vejjajiva.

"The Democrat Party has a long history and it was formed by a member of Khana Ratsadon. Does Khun Abhisit have anything to say about the incident? The plaque does not belong to anyone but to all Thai people," Mr Krit said.

Pol Capt Mor said the object is a public asset so anyone could file a report when it was missing. He would submit the case to his superiors. 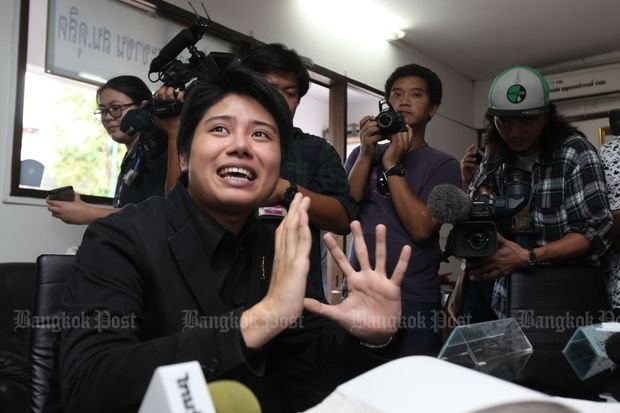 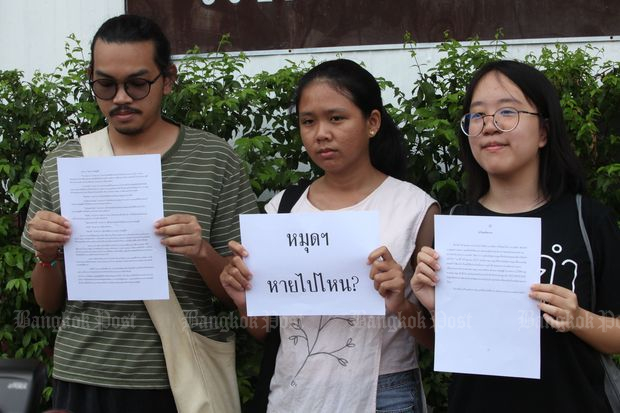