The army and the government on Wednesday defended a decision to buy 34 armoured vehicles worth 2.3 billion baht from China, saying the procurement is in line with the country's defence needs and its national development plan.

Army commander Chalermchai Sittisart said the scheme to purchase VN-1 rubber-wheel armoured vehicles was studied thoroughly by an army committee that considered bidders from several countries including Russia and Ukraine.

Several factors were taken into consideration including price, product capabilities and after-sales maintenance services, he said.

"We didn't choose them because we want to deal with China only."

He unveiled the plan to buy 34 armoured vehicles from China early last month shortly after the navy signed a contract to procure a S26T Yuan-class submarine worth 13.5 billion baht from China.

At that time he said a purchase request for VN-1 armoured vehicles was submitted to the Defence Ministry, which forwarded it to the cabinet for approval.

The military has not been open about its weapons purchases. For example, the army actually ordered the 34 APCs last March - but didn't mention them to the public until May.

The government also admitted earlier this year it kept details secret about the price and purchase details of a Yuan-class submarine. It tried to blame the cover-up on the media, for not asking questions about the cabinet meeting where the purchase details were approved. 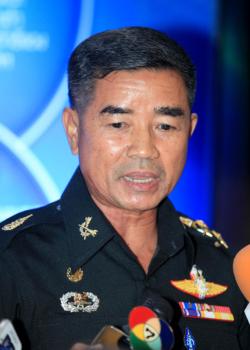 The cabinet recently approved the purchase scheme, which would be included in the army's fiscal budget for 2017-2021.

Gen Chalermchai said Wednesday the army is expected to sign an agreement with China later this month or in early July.

Assistant army chief Somsak Nilbanjerdkul will head the Thai delegation to finalise the deal, he said.

Asked if the procurement scheme had anything to do with Thai-Chinese relations, Gen Chalermchai said several factors were at play, but the most important was compatibility when deployed in service.

He said it was difficult to purchase military hardware from Western countries given the military government and a tight budget.

Defence spokesman Kongcheep Tantravanich said the purchase is part of the army's second phase of procurement slated for 2017-2020, which is included in the army's development plan. 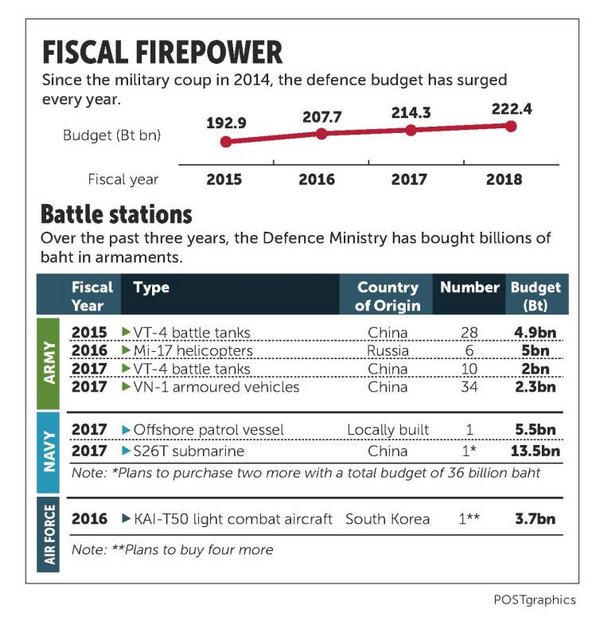 Addressing criticism that military spending was approved despite a weak economy, he said two factors should be considered.

First, the procurement of military hardware ensures the defence readiness of the country to handle threats and protect the national interest, said Maj Gen Kongcheep.

He also stressed the purchase was in compliance with the country's development plan regarding the economic situation and appropriateness.

Maj Gen Kongcheep insisted the Chinese-made armoured vehicles were examined by the army's committee and the decision-making process was transparent.

He said the purchase of VN-1 armoured vehicles would help reduce maintenance costs because China plans to build a maintenance facility for Chinese weapons in Thailand.

A site in Nakhon Ratchasima was initially being considered for the project, but more discussions with China were needed, said Maj Gen Kongcheep.

The defence budget has taken flak since 2014. The Education Ministry still gets the biggest slice but the Defence Ministry's share hit 200 billion baht last year and will jump to 222 billion baht in 2018.