A new committee led by former supreme commander Gen Boonsang Niempradit has been appointed by the government to reform the police, with a deadline of next March for its first report.

Police Watch, a people's network, asked the government Wednesday to review a 36-member committee for police reform saying it does not include representatives who have shown a genuine intention to root out wrongdoing.

The call, which comes after the police accepted the military taking a lead in police reform, casts doubt on the intentions of the panel led by Gen Boonsang Niempradit, former supreme commander and a West Point graduate.

"Police Watch is disappointed to see the list of 36 members because most of them are senior officials who never showed any intent to fight for justice or police reform," the group read.

The network also urged the prime minister to examine if anyone on the committee had a conflict of interest. It said it plans to organise a public forum on the issue on July 15 at Rangsit University.

Despite this, national police chief Chakthip Chaijinda said Wednesday he welcomed the appointment of Gen Boonsang. 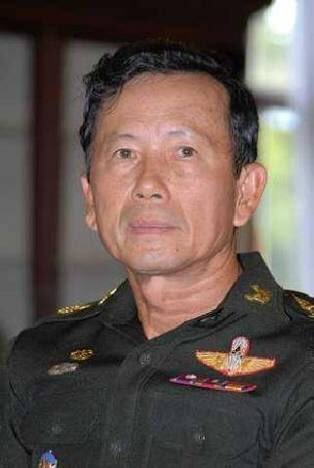 Gen Boonsang: West Point graduate has 'no intention of fighting for justice'

"He has experience and vision," Pol Gen Chakthip said when asked if a decorated soldier was the right man to steer police reform.

When asked about the current state of police morale, he said: "Nothing [is disturbing us]. We don't have time to feel discouraged as most of our work deals with the public interest."

He declined to comment on whether progress was being made in the police probe into alleged position-buying during a recent police reshuffle.

On Tuesday, Prime Minister Prayut Chan-o-cha signed an order to set up the reform committee to focus on police organisations, human resources and legal affairs. The committee has nine months to complete its mandate.

Pol Maj Gen Songpol Watthanachai, deputy spokesman for the Royal Thai Police, said he did not see the committee as a form of military interference because of the sound character of its chairman.

"There won't be much interference because the committee also comprises other members who are not soldiers," he said.

Gen Prayut said on Tuesday the rest of the list is made up of five high-ranking state officials who are not in the police force, 15 academics from various agencies, and 15 police officers.

"All 36 members ... have enough knowledge and ability. They are experts, including former police officials who are well-respected as moral authorities by those who used to be their subordinates," Pol Maj Gen Songpol said.

He said there was "no problem" with having a military man in the steward's seat.

"The police actually like it. [Reform] must begin now and be done as soon as possible."

He said he will meet with Gen Boonsang today to discuss the details of police reform in greater detail.