Peace TV banned for one month

Peace TV, closely aligned with the red shirts and its United Front for Democracy against Dictatorship (UDD), broadcasts via satellite and on the internet. (Screen grab FB/peacetv.udd)

The country's telecommunications regulator has moved to suspend the broadcast licence held by Peace TV, a satellite-based television channel linked to the red-shirt United Front for Democracy against Dictatorship (UDD), for a full month.

The decision was reached by the National Broadcasting and Telecommunications Commission (NBTC) board at a meeting on Wednesday, said secretary-general Takorn Tantasith.

The NBTC said it suspended the channel's licence because two of its programmes were deemed to contain content dealing with plots to undermine the constitutional monarchy, in violation of Section 37 of the act on television and broadcast business operations, he said. 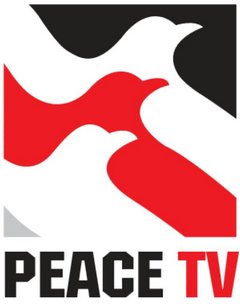 The NBTC plans to notify Peace TV via a letter today about the administrative order to immediately stop broadcasting, he said.

This isn't the first time Peace TV has been given a 30-day broadcast suspension, said a source.

On July 4 last year, the station was suspended from broadcasting after a complaint was submitted to the NBTC petitioning it to investigate the content of the Khao Chai Trong Kan Na programme, which had aired four months earlier, on March 21.

The Pheu Thai Party released a statement calling on the National Council for Peace and Order (NCPO) and the government to stop making orders that limit the rights and freedoms of the public, academics and the media.

The party told the NCPO and the government in the same statement that they have the same fundamental duty as that of an elected government to conform to international rules as well as the Thai Constitution in protecting and respecting freedom of expression.

Nattawut Saikuar, a co-leader of the UDD and Peace TV host, said that while the station would have to follow the NBTC's order, its executives were ready to carry on broadcasting certain programmes via social media platforms like Facebook.

This is a way of staying connected with the TV channel's audience, he said.

Executives from Peace TV told the NBTC that the programmes in question were not intended to stir up any political turmoil, nor were they intended to challenge those in power, said Mr Nattawut.

Tida Thawornseth, an adviser to the UDD, questioned why the licence suspension came just ahead of Aug 25, when the Supreme Court's Criminal Division for Holders of Political Positions is due to hand down its ruling in the rice-pledging case against former prime minister Yingluck Shinawatra.

The previous suspension of Peace TV's broadcast licence occurred around the time of the 2017 referendum on the constitution, she said.