Fury as Suthep to advise on police reform
Thailand
Politics

Fury as Suthep to advise on police reform

Key members of the Pheu Thai Party and the United Front for Democracy against Dictatorship (UDD) have slammed a committee over its move to invite former protest leader Suthep Thaugsuban to give his opinions on reforming the Thai police.

Tida Tawornseth, chief adviser to the UDD, questioned why a known demonstrator should be allowed to influence such core government policy.

"Now it has been revealed that Mr Suthep, who disrupted the election [in 2014], will be the origin of police reform and the committee will respond to Mr Suthep's demands," Ms Tida said.

Mr Suthep, a former deputy prime minister in charge of the Royal Thai Police, was allegedly involved in irregularities in a project to build 396 new police stations nationwide, throwing his credentials into question, she noted. 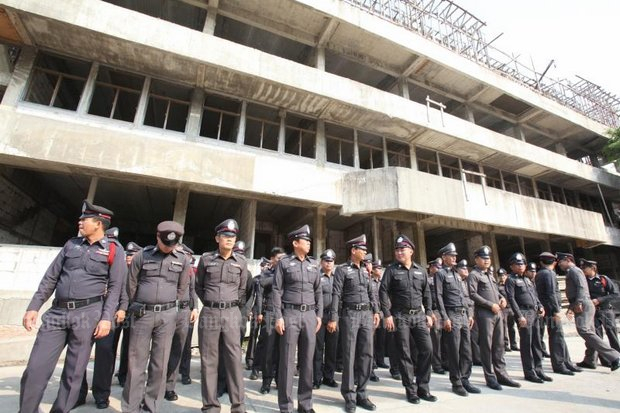 Bangkok Shutdown leader and self-styled 'kamnan' Suthep Thaugsuban was accused but never charged with responsibility for a scandal that saw 396 police stations like this one at Thanyaburi district of Pathum Thani province left half finished over a payment dispute while Mr Suthep was deputy prime minister. (File photo by Apichit Jinakul)

Chavalit Wichayasuthi, Pheu Thai's deputy secretary-general, said it was a mistake to invite Mr Suthep to give his opinions on police reform given that his reputation has been marred by the police station project.

The police reform committee should invite people from a broad range of sectors to give their input, Mr Chavalit said.

He also noted that Mr Suthep has expressed his support for Prime Minister Prayut Chan-o-cha to continue in the role after the next election in the interest of national reform.

On Wednesday, the committee on police reform announced it would start seeking opinions from Constitutional Court judges, mass media, former national police chiefs, and the former leader of the now-dissolved People's Democratic Reform Committee Suthep Thaugsuban, who has also come up with reformist proposals.

At the meeting, it agreed in principle with a proposal to decentralise the police force's power. 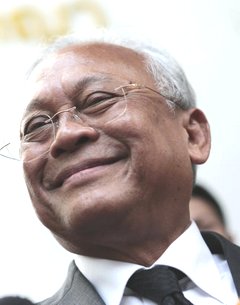 Opponents say Mr Suthep's appointment is a mistake by the military regime.

This came from Manoot Wattanakomen, the former deputy permanent secretary for interior who now heads a subcommittee on the police's duties and power.

His proposal covers the administration of personnel and budget management. among other areas.

The committee is one of 11 reform panels set up in compliance with the law on national reform and national strategies, and as stipulated by the charter.

All 11 have until April to turn proposals into action plans.

Mr Manoot would give police commissioners in the nine key regions the power to appoint and transfer high-ranking officers.