Sirawith "Ja New" Seritiwat appears at the Khon Kaen Court on Thursday. He was sentenced to six months in jail, suspended for two years, for contempt of court. (Photos by Chakrapan Natanri)

He was also fined 500 baht, put on probation for one year and ordered to do community service for 24 hours.

The court read his sentence separately from that of the other six activists of the anti-coup Resistant Citizen and Dao Din groups, who were students.

The six were put on probation for one year.

Pavinee Chumsri, lawyer of the seven defendants, said the court viewed Mr Sirawith as an adult since he already graduated.

They were also ordered not to assemble or organise activities that could lead to similar offences.

On Feb 11, the seven activists gathered at the court to show support for Jatupat "Pai Dao Din" Boonpattararaksa. They held "Free Pai" posters in the court's compound. 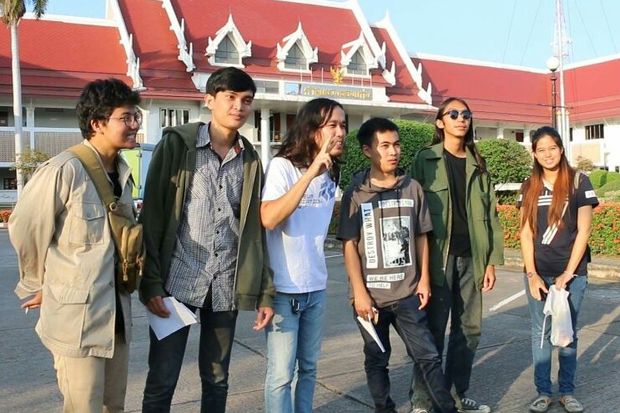 The six students were put on probation for six months.