Hundreds of police on Saturday blocked protesters planning to march from Bangkok to Khon Kaen in the northeast of the country in a rare display of public discontent.

The march aims to campaign for public awareness of problems involving the environment, alternative farming, healthcare, as well as civil rights and liberties.

The demonstrators plan to visit Jatupat "Pai Dao Din" Boonpattararaksa, a Khon Kaen University law student who graduated in jail late last year. He has been imprisoned at Khon Kaen provincial prison for sharing a post on Facebook also shared by 2,000 others at the time. The protester planned to reach the northeastern province on Feb 17. 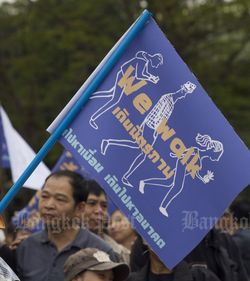 Those who joined the protest include members from various Thai civil rights groups including alternative farming, anti-mining and healthcare networks.

"We want to tell the junta that you have taken Thailand back a long way. The people in the agriculture ministry are all generals. There are just generals!" said one protest leader.

"Let's hold hands! We are friends!" he said, appealing to around 200 protesters gathered at the Thammasat University campus in Rangsit, north of the capital.

The demonstration, which was broadcast live on Facebook, was shared more than 900 times and viewed by more than 32,000 times.

Around 200 police blocked a main door of the university to prevent protesters from leaving, according to police.

"This walk is a friendship walk. Over the past four years under the coup government, we have no rights in terms of speech, action. We want the junta to hear us," Sangsiri Teemanka, a leader of People's Network for Welfare, told Reuters.

She added that the protesters would stay put at the university until they were allowed to march.

As of 5.30pm on Saturday, 12 of the demonstrators left the Rangsit campus in groups of four after unsuccessful talks with security officials. Each group kept a distance from the others so they did not violate the assembly order. Dozens of demonstrators remained on campus.

The United Nations has expressed concern over what it calls a deteriorating rights situation in the country, including harsh sentences for those convicted of violating the lese-majeste law, known as Section 112, as well as other restrictions placed on freedom of expression.

Sharing social media content deemed critical of the junta or royal family can land a person in jail under the Computer Crimes Act which, despite amendments intended to prevent abuses in defamation cases, is still applied very broadly. 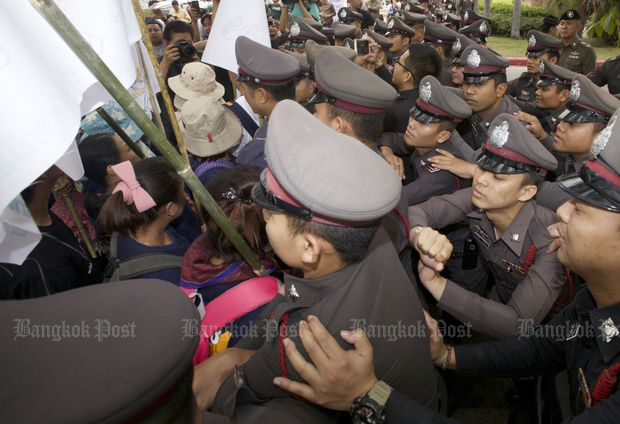 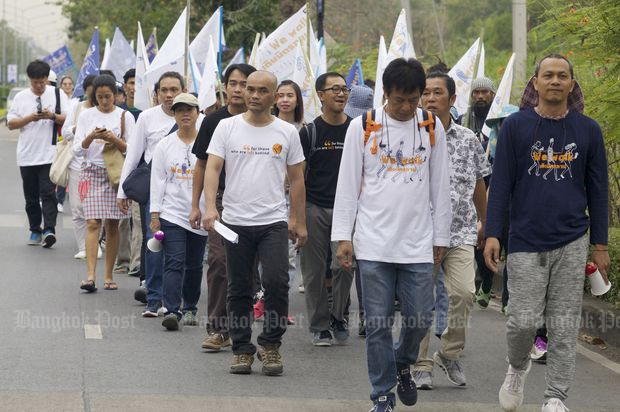 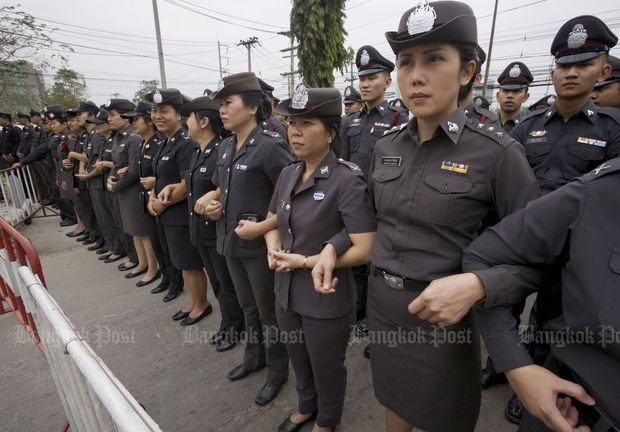