Anti-govt activists to ramp up protests

tense situation: Security officers are deployed to maintain order at the rally by the People Who Want Elections outside the Royal Thai Army headquarters on Ratchadamnoen Avenue yesterday. Right: Police confront the protesters as they try to get onto the road.

Anti-military activists have announced they will step up their rally and stage a prolonged rally in May to oust the National Council for Peace and Order (NCPO) ahead of its fourth anniversary on May 22.

The announcement was made as the groups' rally intensified last night when protesters broke security barriers to gather in front of the Royal Thai Army headquarters on Ratchadamnoen Avenue.

Rangsiman Rome, a leader of the Democracy Restoration Group (DRG), yesterday insisted the election must be held this year.

The DRG, together with Start Up People led by Sirawith Seritiwat, marched from Thammasat University's Tha Prachan campus to the army headquarters, calling on the army to stop supporting the NCPO.

According to police, about 400 people joined their rally while more than 600 security officers and anti-riot police were deployed to curb the situation.

The confrontation intensified around 6.50pm when the protesters tried to break security barriers and official lines at Jor Por Ror intersection to make their way to the army headquarters.

The protesters eventually broke the barriers and made their way past security officers to stage their rally in front of the army headquarters.

The groups rallied under the name of "the People Who Want Elections" for a fourth time yesterday. On March 10, they demanded that the NCPO be dissolved and the Prayut Chan-o-cha government remain only a caretaker administration.

"Thai politics cannot move on if the military remains in politics. Today's march to the Royal Thai Army headquarters is aimed at calling for the military to stop supporting the NCPO and take the people's side. We are not calling for any resignations, just the freedom from the NCPO," said Mr Rangsiman. Meanwhile, Mr Sirawith said the military should take care of peace and order but not the security of the NCPO.

"No more delaying of the election. It's time of the people now. Unless the army responds to our call, we will oust the army too. The chiefs of the armed forces can just resign," he said, setting the major rally date on May 5.

"Unless our call is responded to, in May we will upgrade our rally to oust all the mechanisms of the NCPO and the National Legislative Assembly to really transition to democracy," Mr Sirawith said.

Mr Rangsiman on Friday was released on bail after being detained in Khon Kaen on Friday. The military judges accepted the case in which he was accused of taking part in a political gathering in defiance of a regime order at Khon Kaen University two years ago.

Both Mr Rangsiman and Mr Sirawith were among activists released on bail after leading several rallies against the NCPO despite the ban on political gatherings of five people or more.

While the regime's ban on political activities is expected to be partially lifted from April 1 as existing political parties will be allowed to hold some activities. Election Commission (EC) secretary-general Jarungvith Phumma said yesterday 58 political parties, with 294 representatives, have confirmed they would join the meeting.

The parties are expected to turn up the heat on the regime at a meeting on March 28 in which the EC will explain the legal changes, and press for clarity on "the dos and don'ts" for next month. They have called for the political ban to be fully lifted.

The NCPO will also send its representatives to the meeting.

So far, activities which are permitted from April 1 include updating party memberships. However, the New Alternative Party yesterday was the first new party to have had a general assembly, allowed on a case-by-case basis by the NCPO.

Since March 2, new political parties, including the New Alternative Party, have been allowed to register with the EC. As of Friday, 70 parties have registered.

"There will be answers to all questions" from existing parties, EC chairman Supachai Somcharoen said on Friday.

He was speaking after meeting Deputy Prime Minister Wissanu Krea-ngam to discuss preparations for the gathering. However, he said the issue of lifting the NCPO's ban on political activities was not discussed.

Mr Supachai said party meetings will be allowed only after the organic bill on the election of MPs becomes law, in accordance with the terms of the original NCPO ban. 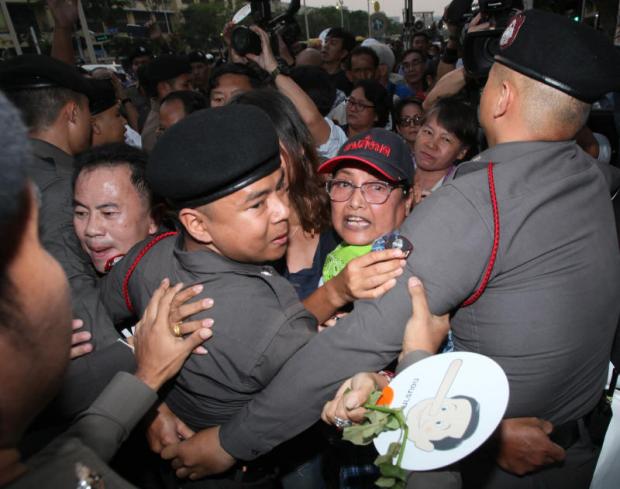 The bill on the election of MPs has now passed the National Legislative Assembly and once it is submitted to Gen Prayut, he will have five days to decide whether to petition the Constitutional Court for a validity check or forward the bill for royal endorsement.

Under Gen Prayut's Section 44 order on Dec 22, members of existing parties are required to confirm membership and pay membership fees from April 1-30, or they will lose their status.

Net-zero target 'can be accelerated'