Household burden heaviest in a decade

The latest survey by the University of the Thai Chamber of Commerce (UTCC) is based on 1,194 respondents whose income is lower than 15,000 baht per month. It found that 96% of them were in debt. 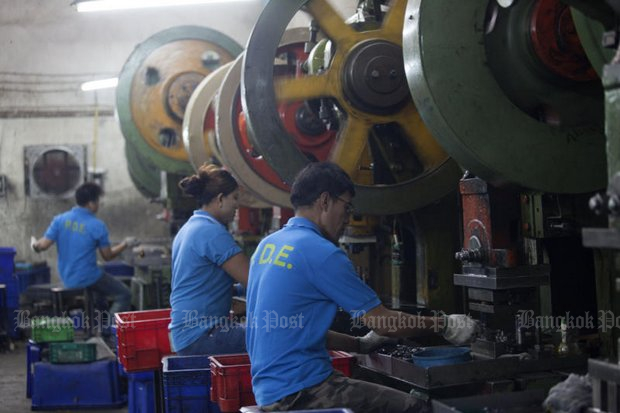 The average woker's family, including factory workers, have a personal debt of roughly 10 times their monthly income. (File photo)

Some 85.4% of respondents have defaulted on debt repayments in the past 12 months, mostly because of lower income, higher expenses, rising product prices, and a higher debt burden and interest rates.

A majority of respondents, however, said they have maintained their spending as usual despite their relatively high debt.

Most are calling on the government to raise the daily minimum wage each year to keep up with higher living costs, reduce unemployment rates, continue controlling product prices, tackle the migrant worker problem, keep a lid on informal debts and cut lending rates.

"The purchasing power of labourers has started to recover, but it remains fragile," said Thanavath Phonvichai, vice-president for research at the UTCC. "The relatively low income of farmers, in light of falling prices for key farm products such as rubber, oil palm and corn, is part of the predicament of labourers, who account for 60% of the Thai population."

"The government needs to rev up injections to the local system to bring about employment; take care of farm prices, and step up state investment projects," he said, pointing out that the state money injection to local administrations remains relatively slow and only large contractors and construction firms are benefiting from state projects.

The National Statistical Office reported last month that Thailand's unemployment rose by 61,000 jobless workers in February from a year earlier, with bachelor's degree holders maintaining the highest unemployment rate, according to the latest survey.

According to the report, 491,000 workers were left unemployed in February, representing 1.3% of the 38.42-million-strong workforce.

There were 329,000 workers awaiting seasonal work, according to the report. 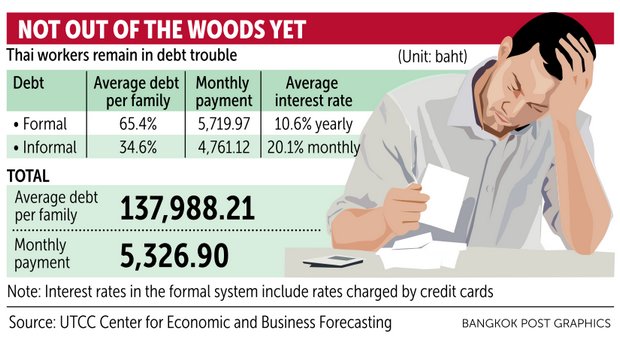 In February of last year, the number of unemployed workers totalled 430,000, equivalent to 1.1% of the total workforce of 37.6 million at the time.

Of the total, 11.27 million workers are in the farm sector and 26.33 million in the non-farm sector.

NEW DELHI: Hospitals in India launched desperate appeals for oxygen on Friday as the nation's Covid crisis plummeted to horrifying new depths, while Japan readied to declare a state of emergency for Tokyo just three months before it hosts the Olympics.

A 29-year-old man who picked up gay foreigners on dating apps and slept with them in hotel rooms has been charged with stealing from his "lovers".

A rise in exports gives some hope for the economy, currently reeling from the spike in virus infections, with rubber products leading the way.