Pheu Thai Party faithful hand out party literature ahead of the poll. The major parties are releasing policy gradually, but agree they will have to make a bigger effort to reach out to a diversifying electorate. (Photo by Patipat Janthong)

Looking to tap into the votes of LGBT, elderly and half-Thai, half-foreign people. 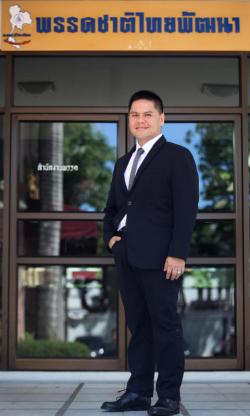 Varawut Silpa-archa, a Chartthaipattana key figure, said the party will field candidates in all 350 constituencies and the party's tentative campaign slogan is "Our policy is you''.

"That is to say we will find ways to improve your lives, make you feel better and happier. But these are not yet official policies because we still cannot hold party meetings [due to the regime's ban],'' said Mr Varawut, son of the late veteran Suphan Buri politician and former party leader Banharn Silpa-archa.

As Thailand becomes an ageing society, the elderly need better state care, and one of the party's policy pledges is to ensure that retirees who are still physically fit and mentally sharp can contribute to society, Mr Varawut said.

One tentative measure to support these retirees is to provide tax incentives for companies employing elderly people, or grant tax deductions and other welfare benefits to elderly people who find work, Mr Varawut said.

Still, further discussion is needed about what law changes may be needed, he said.

The next target is the middle-class who probably pay more tax than any income group in the country, though the party feels that they still do not receive the proper attention they deserve, Mr Varawut said.

In the future, the party foresees the possibility of artificial intelligence, robotics and automation taking over human jobs, likely to force people in the middle income spectrum out of work.

The party plans to help them with tax measures or by offering them training in new jobs so they keep up with a changing world, he said.

The lesbian, gay, bisexual and transgender (LGBT) community also commands Chartthaipattana's attention as it is full of artistic and creative talent, said Mr Varawut, the son of the late Suphan Buri politician and ex-premier Banharn Silpa-archa. The party supports the idea of legalising marriages of same-sex couples.

He said he also wanted to see luk khrueng -- people of mixed Thai and foreign origin -- such as Indian Thais, enter politics and become MPs.

"Our policy is how to help people attain happiness and equality and this must be in line with the law," he said.

Restoring democracy is fundamental for solving problems besetting the country.

Pheu Thai acting secretary-general Phumtham Wechayachai said one of the party's major policies is to decentralise and devolve state power to local levels, and allow people to play a bigger part in political decision-making. 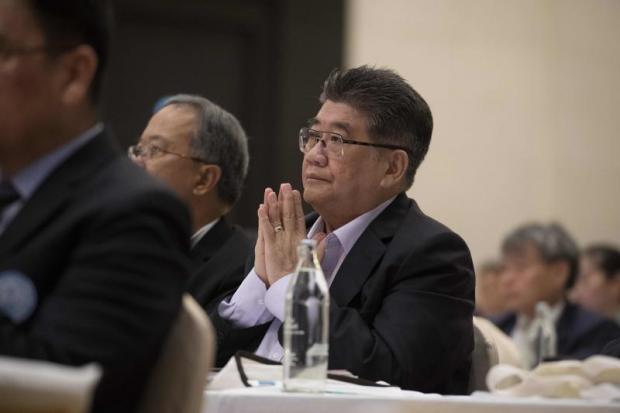 During its four years in power, the National Council for Peace and Order (NCPO) has centralised state operations using bureaucratic mechanisims to wield control over political and social life while ignoring the views of the people.

Under NCPO rule, various rules were introduced, along with the 2017 constitution, which were not designed to shore up political parties' strength, Mr Phumtham said.

"Of course, if we become government, we'll have to restore democracy because this will lead to solutions to economic, political and social problems.''

"Any rules and regulations that are undemocratic, not conducive to political development and do not promote people's rights must be changed," he said.

In particular, the coup-sponsored 2017 constitution, which undermines parties, must be amended, he said.

Pheu Thai wants to propose ways to restore democracy and change the rules which allow the regime to cling on to power.

It also wants to create a climate conducive to the growth of the civil sector, promote political institutions and encourage more public participation, Mr Phumtham said.

On economic policy, Pheu Thai will pursue policies aimed at strengthening the grassroots economy which in turn is crucial for the country's economy and progress.

The ageing population is a concern for the party, he said, adding future governments must pay greater attention to the issue and come up with policies which provide better care for them.

Of a population of an estimated 67-68 million, more than 20% are elderly people.

There are also about 7-8 million people aged between 18-25 who make up the workforce of the country, a wealth of talent and energy waiting to be tapped, he said.

It is important to give them a chance to express themselves and take part in efforts to solve the country's problems, he said.

He also acknowledged that the emerging lesbian, gay, bisexual and transgender community in Thailand is a force to be reckoned with, and future policy-makers must recognise the rights of all genders.

Tackling bread-and-butter issues, and its business-turned politician leader, are touted as party strengths.

Bhumjaithai deputy secretary-general Supachai Jaisamut said the party's policies must be practical, must not hurt the country's financial standing, and must be in line with the government's 20-year national strategy. The country is riddled with myriad problems which affect poor people and farmers and Bhumjaithai wants to focus on tackling bread-and-butter issues closer to people's lives and the falling prices of farm crops such as paddy and rubber, Mr Supachai said.

The party will still adhere to certain policies which it presented in the past and which help farmers such as the farm price guarantee programme, he said.

In terms of the economy, one of the party's strengths is party leader Anutin Charnvirakul himself, Mr Supachai said.

He said Mr Anutin was a successful businessman who bounced back from failure, which should give him a good grasp of the trials and tribulations of running a business.

In light of this, the party believes that if Thailand is to make a successful comeback, then rules and regulations that obstruct business operations must be amended to promote the business sector.

This is the brainchild of Mr Anutin, and the party has done a great deal of study on these business hurdles and how to fix them.

Mr Anutin will assure the business sector that he will be able to strengthen the sector and boost competitiveness.

Citing a survey in November last year, Mr Supachai said there will be about 7.5 million first-time voters in the next election.

The party's policy is to allow them access to free education, support a comprehensive student loans programme, and find ways to help graduates who default on their repayments.

Tourism is crucial in pulling in a substantial income, though several tourist spots and facilities are in a dire state of disrepair mainly due to a lack of funding for their upkeep. Local governing bodies should get the money they need to keep tourist attractions in good condition.

Bhumjaithai is also ready to welcome LGBT people with open arms and the party has no objections if they want to stand as MPs.

However, the party has not yet discussed whether to support marriage of same-sex couples, though it does not oppose same-sex civil partnerships allowed by law, Mr Supachai said.

He said the party intends to field candidates in all 350 constituencies and wants to recruits people from all groups.

Placing hope on new-generation politicians and pushing for practical policies that are in line with the constitution. 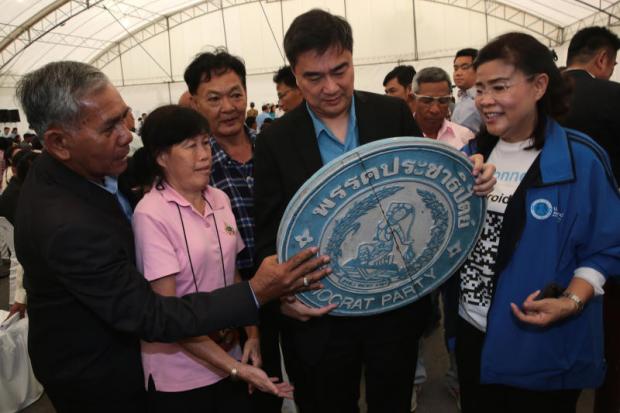 here I am again: Democrat leader Abhisit Vejjajiva greets members of his party as he visited its headquarters in Bangkok. PHOTO: Wichan Charoenkiatpakul

Democrat deputy leader Ong-art Klampaipul said many younger people aged 25-35 had expressed an interest in running in the poll under the party's banner.

The party is now working out policies which will be presented during the campaign. Some had been trialed such as a policy dealing with education, known as English for all.

It is aimed at providing Thai schoolchildren with a solid foundation in English language, which in turn gives them greater access to information, Mr Ong-art said.

The English language course was trialed at schools in Phitsanulok and proved to be a success, he said. The party will present it as part of its election campaign when the election is called, he said.

Moreover, when it comes to policies that are designed to serve the public, the financial disciplines and conditions stipulated by the constitution must be taken into account, Mr Ong-art said, adding the government must keep its finances under control.

Many first-time voters will be tech-savvy and use smartphones to keep up to date with news and information. They should know by now which party or politician they will support, Mr Ong-art said.

Democrat leader Abhisit Vejjajiva has talked previously about with "the new-age Democrat Party, and its efforts to create a new society and pursue national progress, the party must convince the people of its efforts to achieve these goals," Mr Ong-art said.

Details of the party's policy platform will be released when the election date is announced, he said.