From left, rally leaders Sirawit Serithiwat, Rangsiman Rome and Piyarat Jongthep offer a three-finger salute as they announce the end of their pro-election demonstration and surrender to police in front of Thammasat University in Bangkok on Tuesday afternoon. (Photo by Wichan Charoenkiatpakul)

A rally calling for the swift restoration of democracy in Thailand ended as police surrounded demonstrators and arrested several protest leaders as they approached Government House on Tuesday afternoon.

The rally started at Thammasat University's Tha Phra Chan campus on Na Phra Lan Road Monday evening when demonstration leaders broke into the university by cutting open a lock on the gate. The number of demonstrators, mostly in high spirits despite the heavy rain, was estimated to be around 500. 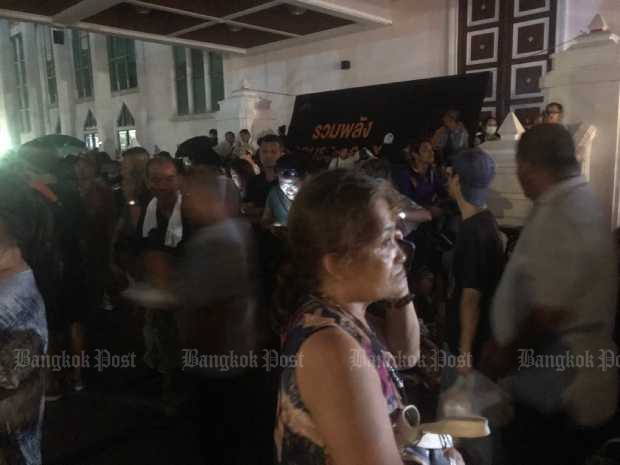 Police blocked demonstrators from leaving the university for Government House Tuesday morning, the fourth anniversary of the National Council for Peace and Order's seizure of power. The protesters were calling for an election by November this year, as Prime Minister Prayut Chan-o-cha had earlier promised, for the NCPO to step down and for the military to return to its barracks. 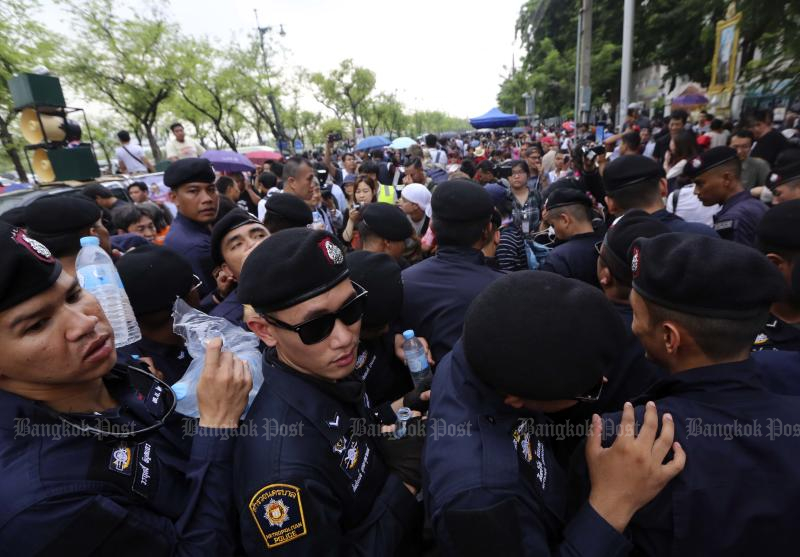 Police erected barricades to prevent the main body of demonstrators from marching towards from Na Phra Lan Road towards the Government House. Scuffles and shouting erupted, but there was no reports of serious injuries, and protesters retreated back into the campus grounds as rainfall increased.

Approximately a hundred demonstrators managed to evade the police barricades and regrouped on Ratchadamnoen Avenue, where they set off for the Government House. They were stopped by police near Makkawan Rangsan bridge, near a United Nations office, whose blue-clad monitors were visible among the protesters. 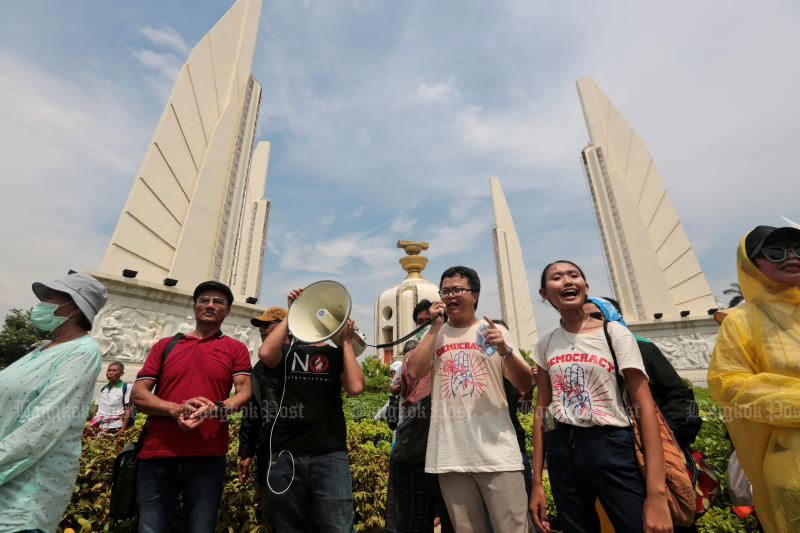 Police used loudspeakers to order protesters to disperse, warning that they were violating the prohibition on gatherings of five or more people for political purposes. As protesters began to sit down on the road, police moved in to make arrests. After negotiations, protest leader Nuttaa 'Bow' Mahattana was allowed to read a prepared statement from her smartphone over a loudspeaker, calling for an election to be held by November and for the NCPO to step down. She and other protest leaders were then driven away in police vans.

Later on, rally leaders at Thammasat University also ended their demonstration and surrendered to police. 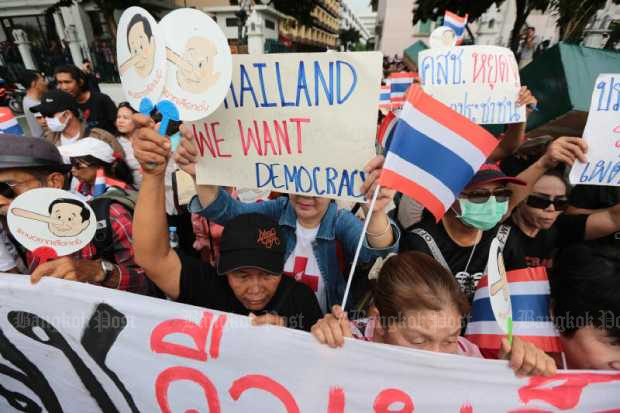 They were charged with violating the ban on political gatherings of five or more people. Electricity authorities filed a complaint with police about illegal tapping of a power supply to run the rally's loudspeakers.

Prime Minister Prayut said on Tuesday that the election could not happen sooner than early next year and it was delayed for 3-4 months due to legal issues.

He also said demonstrations were permitted within the scope of the law, and that those who breached the law would face tough legal action.

"Endless demonstrations will slow the pace of the growing economy. Security and the safety of people and property are the highest priority. Different thoughts are acceptable as long as the law is obeyed. Remember my words," Gen Prayut said. 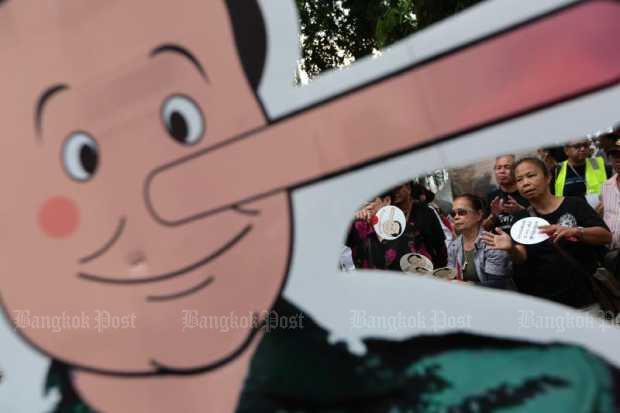