The Election Commission on Wednesday released the design for the ballot papers to be used in the general election this year, with a promise they will be ready when voters finally go to the polls. 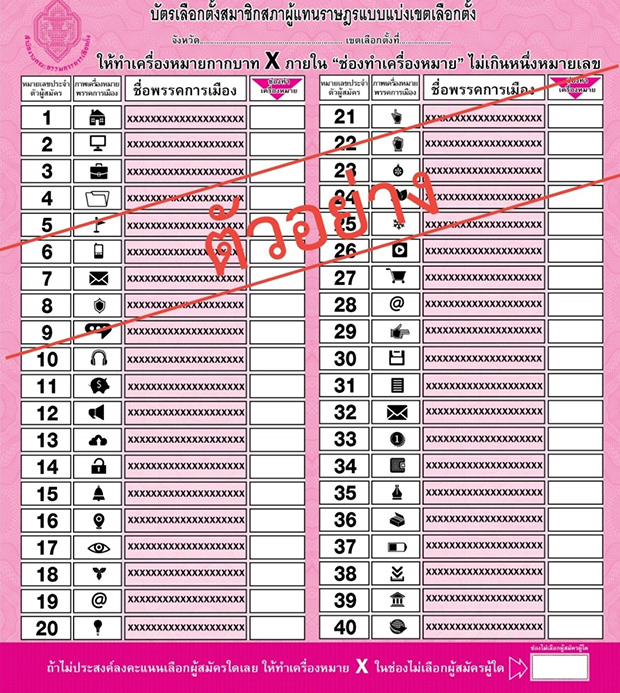 The ballot for the election contains the party numbers, logos and names.

The ballot columns show the party numbers, logos and party names. There is no provision for the names of the candidates on the paper.

The design was revised after several political parties opposed an earlier edition which omitted party names and logos due to concerns it could confuse voters.

EC secretary-general Jarungwit Phumma said the ballot papers will be ready in time for the polling date, which has yet to be announced.

The general election is planned for Feb 24, but the date must be confirmed by a royal decree to be issued by the government. The decree had been expected on Wednesday. Pol Col Jarungwit said a delay would not derail the plan for elections on the last Sunday of February.

The ballot papers will be printed after parties contesting the polls have announced all their candidates, which is due by the end of this month, according to the EC.

The ballot papers differ from previous polls. The party number is not standardised and will vary in different electorates. A single party number was fixed for all constituencies in past elections.

Pol Col Jarungwit expected the official result of the elections to be known about one month after polling day. By law it is required to be announced within 60 days.