PHAYAO: Pheu Thai executives cried "political persecution" on Thursday after the provincial administration suddenly refused to allow the party use of a sports stadium for a campaign rally.

Hundreds of residents wanting to attend the Pheu Thai rally at the provincial administration organisation’s sports stadium found themselves barred from entering, the area cordoned off with rope and a paper sign saying “no entry’’.

The crowd, numbering 800-1,000 from 166 villages in Dok Kham Tai and Phu Kam Yao districts, were left with no choice but to converge on the road in front of the stadium. 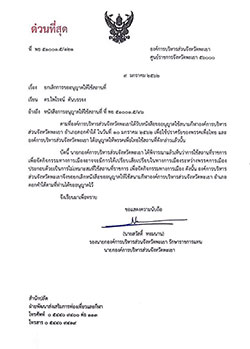 The letter issued by the Phayao Provincial Administration Organisation voiding its previous permission to allow use of the sports stadium for a Pheu Thai campaign rally. (Photo by Saiarun Pinaduang)

Around 9am, Pheu Thai executives led by Laddawan Wongsriwong, the party spokeswoman, took turns make campaign speeches from the back of a pickup truck, the substitute campaign stage.

Ms Laddawan, a former Pheu Thai MP for Phayao, lashed out at the PAO for its action, saying she had never seen anything like it since entering politics. It was an act of "political persecution"  and damaging to the sentiments of the people.

She questioned the PAO’s claim that allowing  Pheu Thai to hold a rally at the sports stadium would give the party an unfair advantage over other political parties.

She wanted to send a message to Prime Minister Prayut Chan-o-cha and the Phayao governor, that the party and its supporters were treated unjustly.

Ms Laddawan demanded the PAO chairman explain the real reason he refused the party use of the stadium.

The PAO had sent an urgent letter dated Jan 9 to Pairoj Tanbanjong, a potential Pheu Thai candidate in the  province, withdrawing permission previously granted to use the sports stadium for a rally on Jan 10.

Mr Pairpoj said he received the notice on Wednesday night.

The letter, signed by PAO deputy chairman Sawat Homnan, argued that use of a government venue by a political party could give it a political advantage over other parties.

Gen Prawit, also defence minister, insisted he was not aware of the matter. However, he believed the PAO acted according to the law.

When it was pointed out that the Palang Pracharat Party had held a campaign rally at a government venue in Phayao, he said it was a local issue for each area to decide on.

He told reporters to ask the provincial authorities about it, not him. 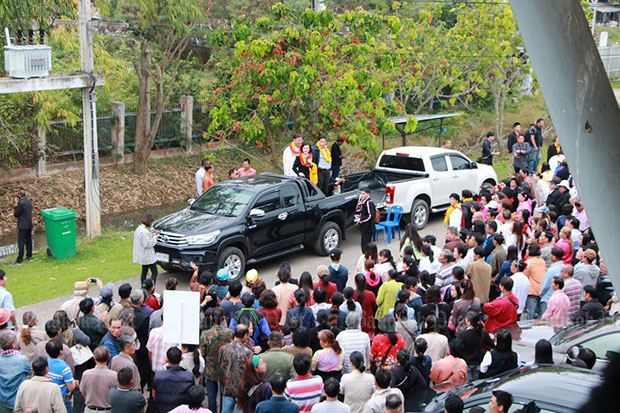 Pheu Thai executives take turns delivering campaign speeches from the back of a pickup truck outside the provincial sports stadium in Phayao after the provincial administration organisation suddenly withdrew permission to use it for the rally. (Photo by Aekarach Sattaburuth)

NEW DELHI: A summer storm is buffeting New Delhi as Mohammed Shamim wearily pauses to glance at yet another ambulance arriving with a coronavirus victim to bury, just minutes after the last.

SAN FRANCISCO: Four drugmakers, including Johnson & Johnson, went on trial Monday over claims they helped fuel the deadly opioid epidemic in the United States through deceptive marketing that downplayed the risks of addiction.