The 6pm airtime on Friday may belong to Prayut Chan-o-cha. But from now on Monday is the slot for Thaksin Shinawatra at his website.

The former prime minister on Monday introduced his new programme, Good Monday, on the changing global landscape for audiences at his official website.

His debut podcast advised Thais to prepare for the consequences of the global economic slowdown which, he said, will come later this year and continue next year.

The former prime minister also hoped Thais would be well trained to cope with a new era when robots will play a greater role in every sector and everywhere, including rice fields. "Thais should be trained to be their boss. Don't sit back and wait for the robots to rob our jobs from us," he said.

"My principle is 'don't run away from it, embrace it'," he said.

Thaksin fled the country before he was handed down a two-year jail term in 2008 by the Supreme Court's Criminal Division for Holders of Political Positions for conflict of interest on the Ratchadaphisek land auction while he was in power. He is also being tried in absentia for a few cases.

The former prime minister, who is based in Dubai, has talked about politics from abroad, while the government has challenged him to come back to the country to do time. 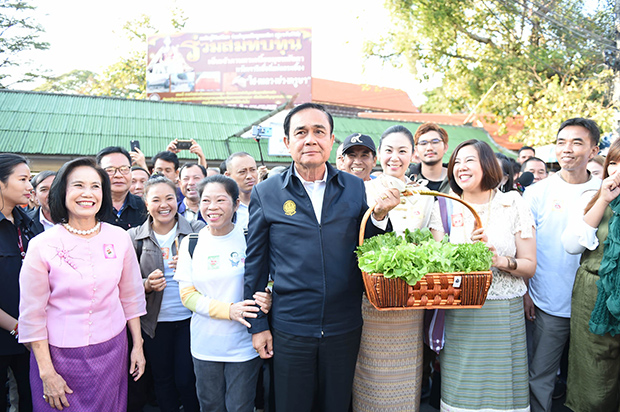 Prime Minister Prayut is on air on a nationwide broadcast every Friday evening since he staged the coup in 2014.

As Thaksin launched his programme, Gen Prayut was in Chiang Mai province ahead of a cabinet meeting to take place in Lampang province on Tuesday.

"Want me to stay here forever?" the prime minister asked supporters at a stop. "I like this place. I like Chiang Mai."