Satire to be tempered at football game
Thailand
Politics

Satire to be tempered at football game

Security authorities have sought cooperation from those in charge of satirical displays at a traditional football match due to take place this week, Prime Minister Prayut Chan-o-cha said Tuesday.

The organisers have been asked to tone down their political messages, he said.

Gen Prayut insisted he never ordered a ban on political satire at the planned event, when asked about news reports in which a group of Thammasat University students claimed they were told not to create floats poking fun at the prime minister and cabinet ministers.

Poking fun at politics by using satirical banners and floats is the highlight of the annual parade, which is part of the annual Chulalongkorn-Thammasat university football match on Feb 9.

Gen Prayut said he was informed by security officials that they had approached the students and asked them not to go too far with their political views. 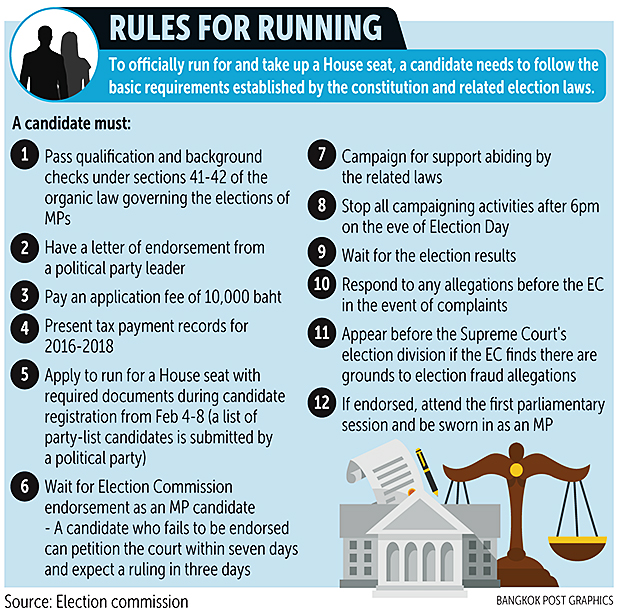 The prime minister said the students could claim freedom of expression as they poked fun at politics, but he also called on them to know the limits.

"They [the authorities] have asked for cooperation, but if you don't want to cooperate, it's up to you. I won't force anyone and I've relaxed a lot of rules. And don't cite Section 44 over this. I'm tired of hearing about this," he said.

Future Forward Party (FFP) secretary-general Piyabutr Saengkanokkul criticised security officials over their actions, suggesting any effort to rein in the event reflected the insecurity of those in power.

Mr Piyabutr, a former Thammasat University student and law lecturer, said political satire could not bring down any government overnight, and as the general election is approaching, people's freedom of expression should not be curbed.

Meanwhile, the cabinet approved a set of guidelines for government officials to observe in the lead-up to the March 24 polls, deputy government spokesman Werachon Sukondhapatipak said.

He said state officials at all levels should provide support to the Election Commission or election officials when asked to, and that they are required to maintain political impartiality throughout the election period.

Transfers of government officials since the enforcement of the royal decree announcing the general election until voting day should be made only if necessary to avoid affecting poll preparations.

Security officials, both civilian and military, should work together to ensure public safety and step up security for election officials and staff especially in the restive South, according to Lt Gen Werachon.

Several cabinet ministers have reportedly expressed concern about what they are not allowed to say in media interviews during the election campaign.