Thai Raksa Chart (TRC) vows to continue its election fight following the controversial nomination of Princess Ubolratana as its prime ministerial candidate, a move which has put the future of the party at stake.

"The Thai Raksa Chart Party would like to thank everyone for their support over the past few days," it said in a Facebook post on Sunday.

"The positions of the Thai Raksa Chart Party remain unchanged and the party will move forward to contest the election in order to solve problems for the country and people," it continued.

The post was the first clear message from the party since its setback on the nomination of Princess Ubolratana as its candidate for prime minister.

TRC registered the candidacy on Friday morning. Hours later, His Majesty the King issued a royal command stating that the princess is a member of the royal family and that political involvement by a senior royal family member was inappropriate. TRC then issued a statement saying it would obey the royal command.

The poll is scheduled for March 24 but TRC -- an off-shoot of the Pheu Thai Party backed by fugitive former prime minister Thaksin Shinawatra -- faces possible dissolution by the Election Commission (EC) before then.

Chin up and keep moving forward! We learn from past experiences but live for today and the future. Cheer up! Life must go on!

The EC will hold a meeting on Monday to decide whether the party breached the Political Party Act by presenting the princess as its candidate for prime minister. The supervisory body has the authority to act on its own if it suspects any political parties have violated the law.

Srisuwan Janya, secretary-general of the Association for the Protection of the Constitution, will submit a petition to the EC on Monday asking the polling agency to dissolve TRC on those grounds.

EC chairman Itthiporn Boonprakong on Sunday confirmed the meeting -- with the TRC issue on the agenda. 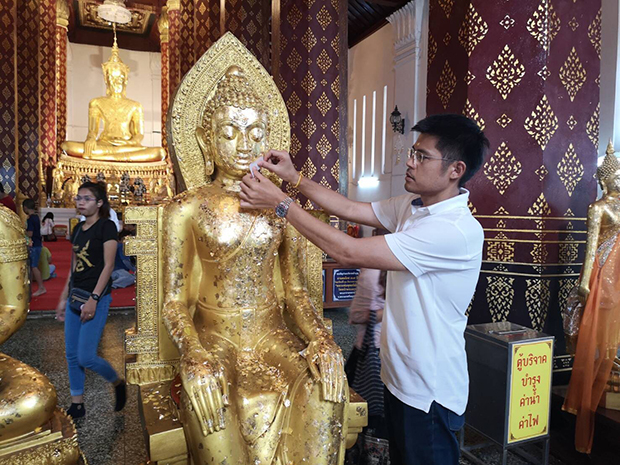 Ruangkrai Leekitwattana, a party-list candidate for TRC, said he expects the EC to consider the eligibility of all political candidates for the prime minister before the poll organising agency approves the lists.

TRC leader Preechapohol Pongpanich was seen in Ayutthaya on Sunday for a merit-making trip in the old capital.

KANCHANABURI: Twenty-one Myanmar nationals were arrested after they illegally crossed the border into Thailand in Sangkhlaburi district, entering through a rubber plantation, on Tuesday morning.