Mistake could have consequences, but party disbandment is not one of them

A screen capture of the profile page of Future Forward leader Thanathorn Juangroongruangkit on the party's website.

Jade Donavanik, a former adviser to the Constitution Drafting Committee, has apologised to Future Forward for stating incorrectly that the party could be disbanded because of a mistake on its website.

While the mistake could have legal consequences, party disbandment was not one of them, the law professor said on Saturday. 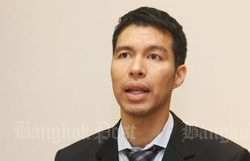 The controversy arose after it was discovered that Future Forward published false information on its website about the qualifications of its leader, Thanathorn Juangroongruangkit.

Assoc Prof Jade had said the false profile information could violate Section 73(5) of the law on the election of MPs and the party could be disbanded. The clause covers enticing voters through deception, an offence punishable by party dissolution, he had said.

But on Friday evening Assoc Prof Jade offered an apology to Mr Thanathorn, saying he was confused about the punishments for the offence.

“The punishment under that provision is just a fine, imprisonment or political ban,” he said. “The wrongdoer may not necessarily be Mr Thanathorn, a party executive or the party itself if they had nothing to do with it. It could apply only to the webmaster who might have had a misunderstanding. If he had no intent, he might not even be punished under criminal procedures.” 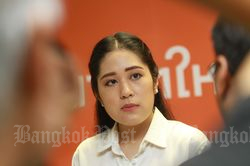 “However, if anyone sues us, we have a legal team ready to take action so we’re not worried,” she said.

Future Forward has already been singled out several times for criticism by the military regime and some of its hard-core supporters.

Police on Wednesday said they would push forward with charges against the party leader over a speech he made that was posted on Facebook last June criticising the National Council for Peace and Order.

Thailand's economic recovery is likely intact and inflation should ease next year, the central bank chief said on Tuesday. Bank of Thailand (BoT) Governor Sethaput Suthiwartnarueput was speaking to a business seminar. The BoT has forecast economic growth of 3.3% for this year and 3.8% next year.

SRT plans to get finances back on track

The State Railway of Thailand (SRT) has approved a debt rehabilitation plan involving six strategies to increase revenue from core and non-core businesses.

SYDNEY: Australia listed a small wallaby and the grey snake among 15 new threatened species on Tuesday as it launched a zero-extinction plan for its unique wildlife.