People queue to cast their vote in the general election at a polling station in Bangkok on Sunday. (Reuters photo)

Voters across the country lined up at polling stations to cast their ballots on Sunday in the first general election since the military coup in May 2014.

People were seen queuing up at stations before they opened at 8am for voting that will close at 5pm. The Election Commission has said that it expects to release the first unofficial results by 8pm.

The EC expected voter turnout of at least 80% for the long-anticipated poll, which it hopes will be the first successfully completed vote since July 2011. The election held in 2014 before the coup was invalidated.

Poll officials base their optimism on advance voting last Sunday when almost 87% of those who had registered cast their ballots. About 51 million eligible voters, 7 million of them first timers, will determine the future of the country.Key politicians casting their votes were impressed by the indications  of a high turnout tendency and encouraged voters to exercise their rights.

"I exercise my voting right as a citizen with one vote. I would like to see people cast their votes because everyone wants democracy," Gen Prayut said.

He was happy to see people were keen about voting and asked people to be united and help reduce the nation's problems.

Democrat Party leader Abhisit Vejjajiva went to his polling unit in Watthana district, saying he would encourage people to cast their votes and he hoped the election would run smoothly.

"I am not excited. Whatever will be will be. Everything has been set," he said.

He saw eagerness in young voters, who were the future of national development. He expected to know the results around 9-10pm.

"We would like to see national progress, prosperity, peace and democracy. I would like the EC (Election Commission) to ensure a fair election to create confidence and prevent cheating, because people fear cheating," she said.

Kanchana Silpa-archa, leader of the Chartthaipattana Party, said she saw a large number of new voters and enthusiasm to vote because there had not been an election for a long time. She said she would follow the guideline of His Majesty the King, who repeated King Rama IX's advice to choose good people to administer the nation.

She also said there could be political stability if the election and the formation of the next government were carried out appropriately. 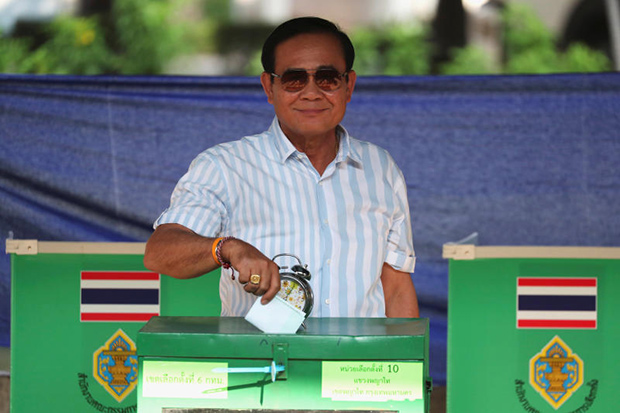 Prime Minister Prayut Chan-o-cha casts his ballot to vote in the general election at a polling station in Phaya Thai district on Sunday. (Reuters photo) 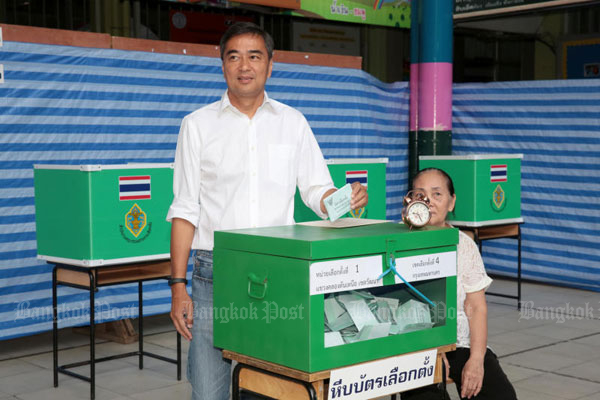 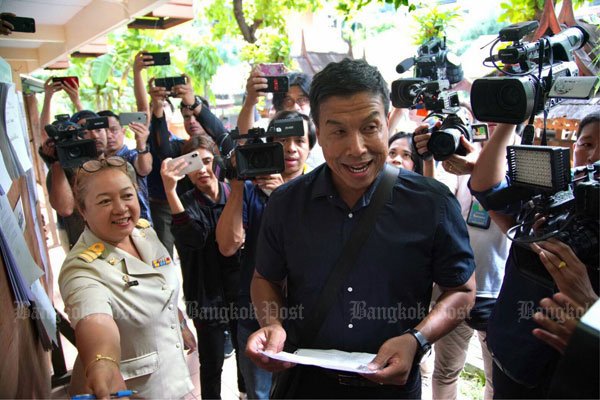