Major parties have come out in force to criticise the Election Commission's method of calculating party list seats, saying it is designed to hinder large parties. 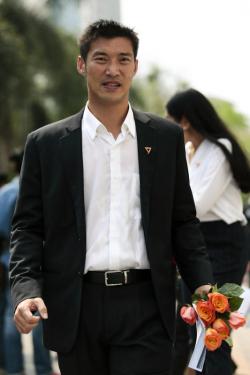 Future Forward Party leader Thanathorn Juangroongruangkit said on Sundaythe party was considering what to do about the EC's method, which the party feels is unfair.

He said the EC had previously announced that 71,000 votes would translate into one party-list seat based on the March 24 turnout.

However, reports say a revised EC calculation method would make it possible for small parties which garnered between 30,000-40,000 votes apiece to earn at least one MP seat.

Mr Thanathorn insisted that 30,000-40,000 votes was not even enough to win an MP seat in certain constituencies, and should not entitle such parties to a party-list seat.

The FFP will ask the EC for justice since the law explicitly states the calculation method that should be used, according to Mr Thanathorn.

He was speaking in Nakhon Pathom where the party visited constituencies yesterday to thank people there for voting for its candidates.

In a Facebook post, Mr Somchai explained the method under which parties that won less than 71,000 votes would be given MP seats may be problematic.

In the short term, he said the calculation defied Section 91 of the constitution which bars parties which won fewer seats than the determined votes-to-MPs ratio from getting a seat.

In the long term, Mr Somchai said that if the method of calculation went uncorrected, hundreds of small parties could be registered for future polls in the hope each would capture at least one MP seat.

A government with too many small parties would be fractious and unstable, according to critics.

The Pheu Thai Party also voiced its opposition to the calculation and warned its legal team was gathering information on the matter.

Pheu Thai secretary-general Phumtham Wechayachai said yesterday the party planned to submit a letter to the EC on Wednesday when it also plans to announce its stand on the matter.

Khunying Sudarat Keyurapan, the party's chief strategist, said the "bizarre" calculation was being implemented at the expense of larger parties, which is unconstitutional.