In contrary to high expectations before the March 24 election, people are afraid the official election results - to be announced on May 9 - will bring disappointment, according to an opinion survey by Suan Dusit Rajabhat University, or Suan Dusit Poll.

The poll was conducted between April 30-May 4 on 1,239 people all over the country to compile their opinions on the political situation after the election.

After the election, 43.15% of the respondents worried that the election results would be plagued with inaccuracies; 41.09% feared the results would not be acceptable to all concerned, leading to further disputes; and 25.98% were afraid the method for the calculation of party-list MPs used by the Election Commission (EC) would be challenged. 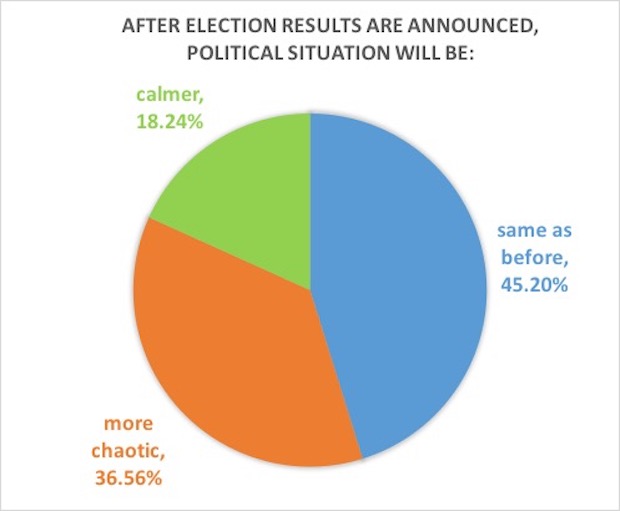