Democrat Party leader Jurin Laksanavisit (in white shirt) smiles during a briefing on Tuesday. The party's executives voted 61-16 to join the alliance led by the Palang Pracharath Party. (Photo by Tawatchai Kemgumnerd)

The Democrat Party has voted overwhelmingly to join the Palang Pracharath alliance, sealing the deal for Gen Prayut Chan-o-cha to continue as prime minister and for the pro-regime party to form a government with a slim majority of 254 votes.

Democrat party executives and MPs voted 61-16 to join the coalition in a secret ballot at its head office on Tuesday evening, with two abstentions and one bad ballot.

Minutes before the vote, Future Forward Party leader Thanathorn Juangroongruangkit pleaded with the Democrats and Bhumjaithai Party to rethink their position during a Facebook Live session. He said there was still time and the pair could help him stop the continuation of power by the junta.

Mr Thanathorn was the prime ministerial candidate for the seven-party anti-regime bloc even though he was suspended from MP duties over media shareholding.

The Pheu Thai Party, the largest in terms of MP numbers, had agreed not to submit any of its three PM candidates to vie for the top job in an apparent bid to make it easier for the Democrats to join its alliance.

Parliament will meet on Wednesday to choose the prime minister. With 254 MP votes and 250 senators' votes, Gen Prayut will likely be the winner as only 376 votes are required to form a majority from both houses. 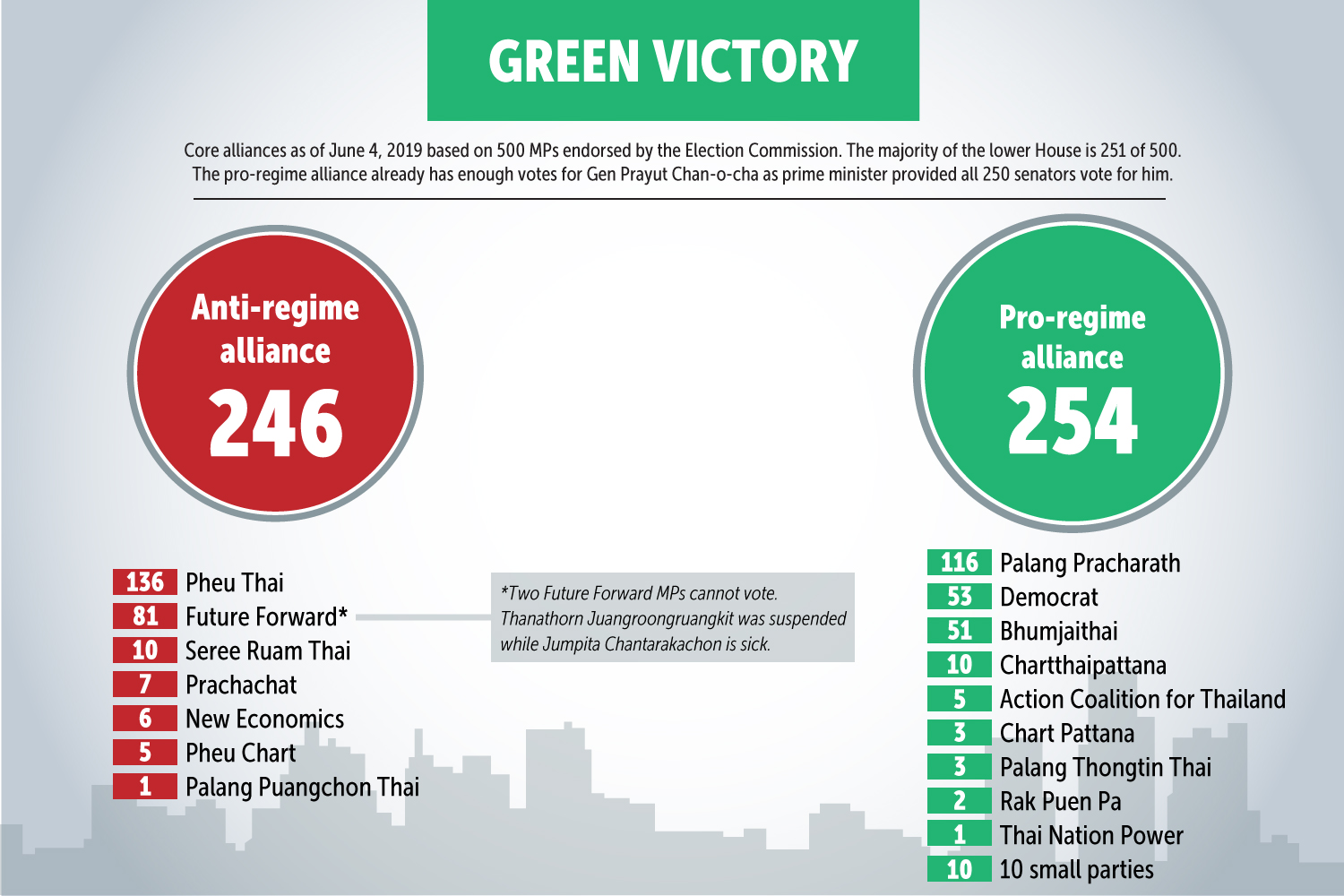