Abhisit resigns as MP after Democrats back Prayut as PM

Former Democrat Party leader Abhisit Vejjajiva leaves the podium outside the parliamentary chamber at TOT Plc's headquarters in Bangkok after announcing his resignation as MP on Wednesday morning. (Photo by Pattarapong Chatpattarasill)

Former Democrat Party leader Abhisit Vejjajiva on Wednesday morning announced his resignation as MP, saying he could not break his word and follow his Democrat Party's resolution to support Gen Prayut Chan-o-cha as the next prime minister.

He announced his resignation at TOT headquarters where the parliament convened to vote for the next prime minister.

Mr Abhisit said that when he was Democrat leader before the election, he pledged that the party would not support Gen Prayut as the next prime minister -- and approximately 4 million people voted for the party while being aware of the stance.

"I could not attend the (parliament) meeting and vote against the resolution of the party... I could not vote for Gen Prayut. That would mean I would break my promise with people... Today I have only one choice: to protect my dignity and that of my party, and keep my promise," Mr Abhisit said. He referred to the Democrat Party's resolution on Tuesday to join the Palang Pracharath Party's coalition.

"Throughout my political career, I have adhered to ideals and principles. This is not abstract. It is because I believe that only the politics based on ideals and principles can create happiness and benefits for the people and the nation in the long run. Therefore, effective immediately, I resign as MP."

He said he rejected other Democrats' proposal on Tuesday for him to abstain in the vote for the new prime minister.

After the election, Mr Abhisit explained, he tried to put the stance adopted by the Democrat Party before the election into practice and tried to persuade Democrats to share that standpoint.

He said he regretted the Democrat Party has now lost its opportunity to be a mid-sized political party and function as a neutral "third party" ready to provide checks and balances to the government's exercise of power.

"I am sorry for these circumstances, where people have been forced to take sides based on strong emotions, hating dictatorship or fearing Thaksin," he said, referring to former prime minister Thaksin Shinawatra.

Mr Abhisit denounced ongoing attempts to prolong the power of incumbents and obstruct the work of independent organisations. "It is the same as what happened in 2005 when I was fighting against the Thaksin regime," he said.

Following a suggestion offered by Gen Prayut, he recommended that people read the satirical novel 'Animal Farm' in order to find out what those who seized power would really do with it. 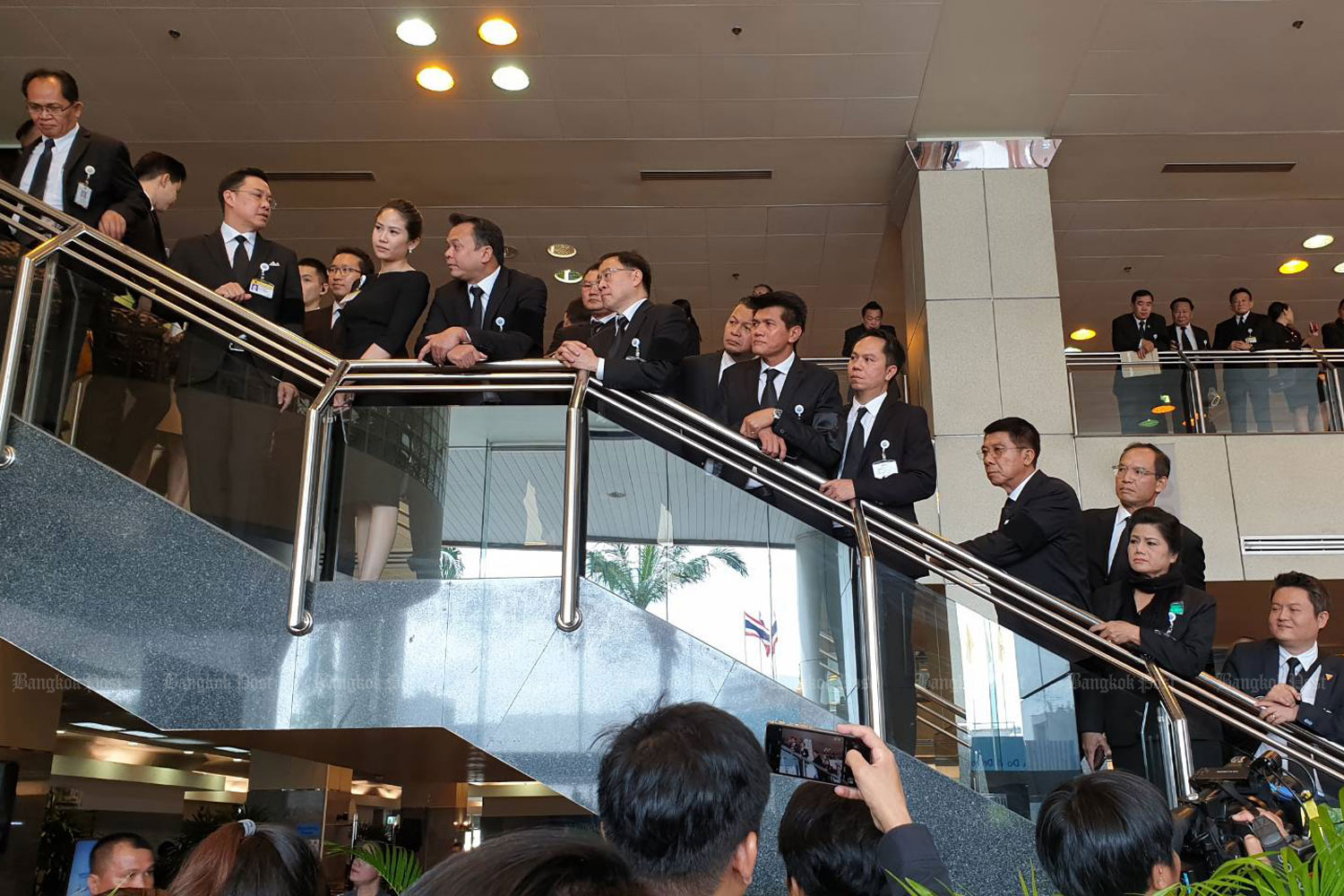