Gen Prayut Chan-o-cha, centre, poses for photos with representatives of coalition parties after receiving a royal command appointing him as the new prime minister at Government House on June 11. His new cabinet ministers were appointed on Wednesday. (Government House photo)

His Majesty the King has appointed new cabinet ministers as nominated by Prime Minister Prayut Chan-o-cha.

The new cabinet line-up published in the Royal Gazette on Wednesday evening is a mix of members of the military government he headed after leading a 2014 coup and key politicians who helped him assemble a majority in the House of Representatives after March elections. 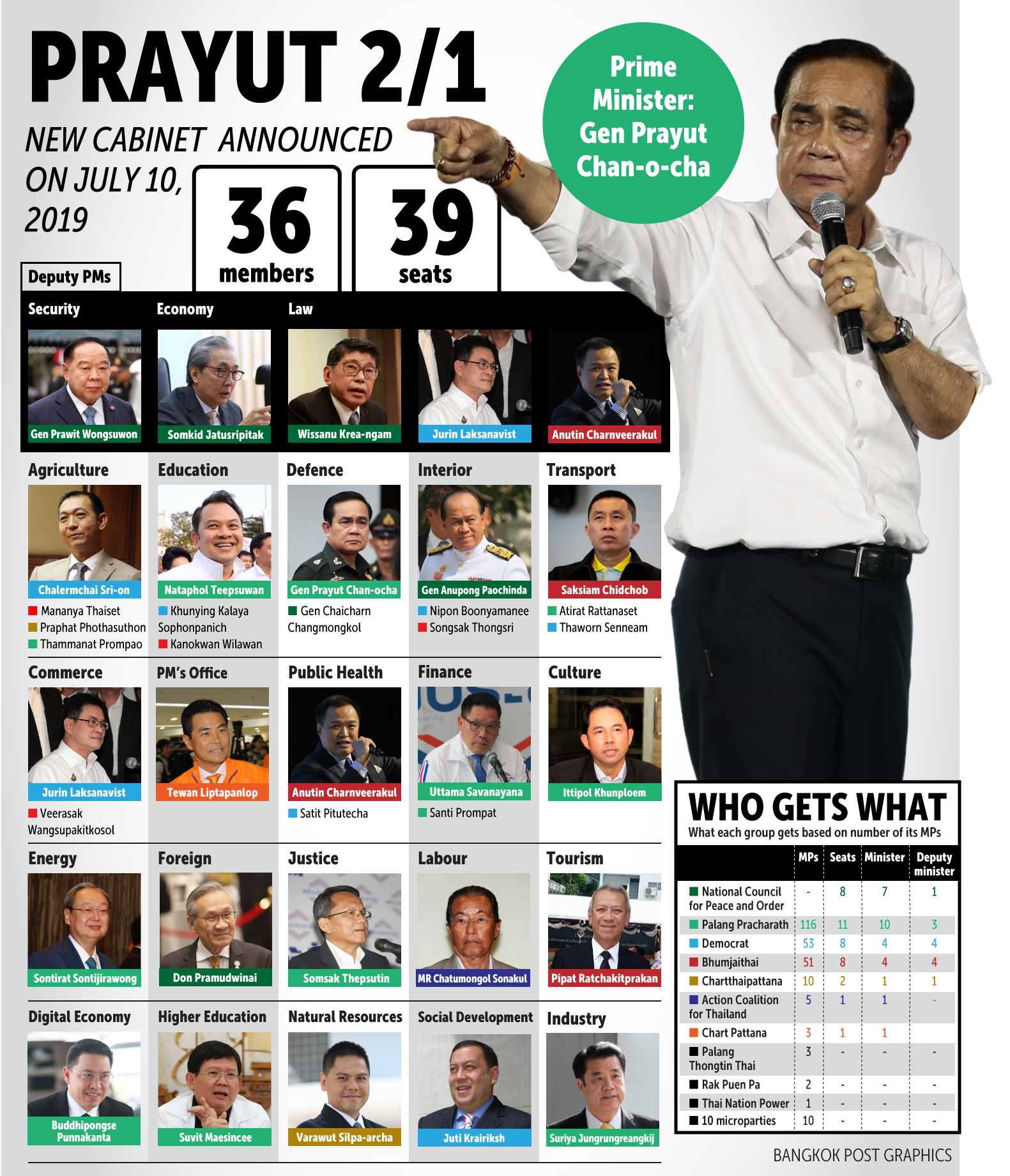