Firefighters extinguish the fire set by arsonists at the CentreOne shopping mall and Dok Ya bookstore at the Victory Monument in 2010. (File photo by Apichart Jinakul)

The Supreme Court on Wednesday ordered three United Front for Democracy against Dictatorship (UDD) movement co-leaders, Jatuporn Prompan, Nattawut Saikuar and Weng Tojirakarn, to pay more than 21 million baht in damages plus interest for an arson attack on a building near the Victory Monument in Bangkok during the red-shirt protests in 2010.

Prasong Kangwanwattha, the plaintiff filing for damages, told the court his commercial building suffered damage from the fire, which destroyed the nearby CentreOne department store and a branch of Dok Ya bookstore at the Victory Monument, as red-shirt protesters were being dispersed by security forces on May 19, 2010.

The court, in the first instance, acquitted all defendants. The plaintiff then appealed the ruling, and the Appeal Court ordered the three UDD co-leaders to pay 30.5 million baht plus 7.5% interest in damages. They were also ordered to pay 638,710 baht in compensation for losses which the plaintiff suffered after his building was damaged by the fire -- a decision which they appealed.

The Supreme Court on Wednesday decided to lower the amount to 21.35 million baht plus 7.5% interest, and ordered the trio to pay 100,000 baht in compensation for the plaintiff's lost benefits per month until they pay off all court-ordered payments.

Meanwhile, the prosecution on Wednesday indicted two more supporters of the now-defunct People's Democratic Reform Committee (PDRC) on eight charges -- including insurrection -- for their role in street protests against the Pheu Thai-led government in 2013-14.

Prayuth Phetchakhun, deputy spokesman for the Office of the Attorney-General (OAG), said Uthai Yodmanee, a former leader of the Network of Students and People for Reform of Thailand (NSPRT), and Nasser Yeema, chief of the NSPRT guards, were taken to the Criminal Court where they were formally charged with insurrection, illegal assembly, instigation of strikes, and obstructing an election. 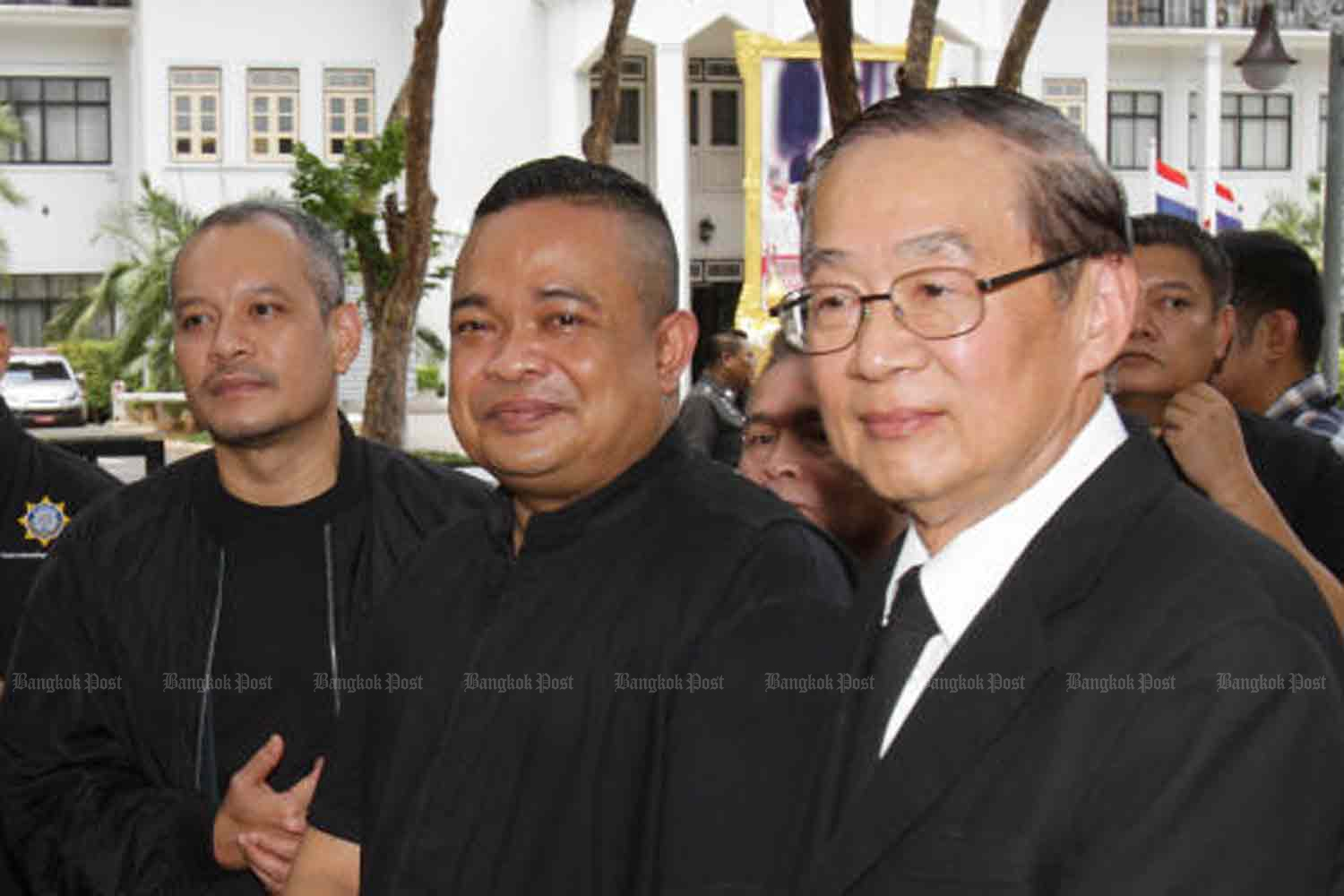