This image shows the anti-fake news centre at the Ministry of Digital Economy and Society, which was set up to monitor social media. Apichit Jinakul

Despite having a democratically-elected government after five years of military rule, a political expert says progress is hard to spot in Thai politics, as the country remains bogged down by the power struggle between liberals and conservatives.

In a special interview with the Bangkok Post, Chulalongkorn University political scientist Surachart Bamrungsuk said that as long as those factions continue to vie for power, long-term political stability will remain out of reach.

However, Mr Surachart said the power struggle which defines the current period differs from any other struggle in the past, as new technology -- social media, for example -- plays an increasingly prominent role. 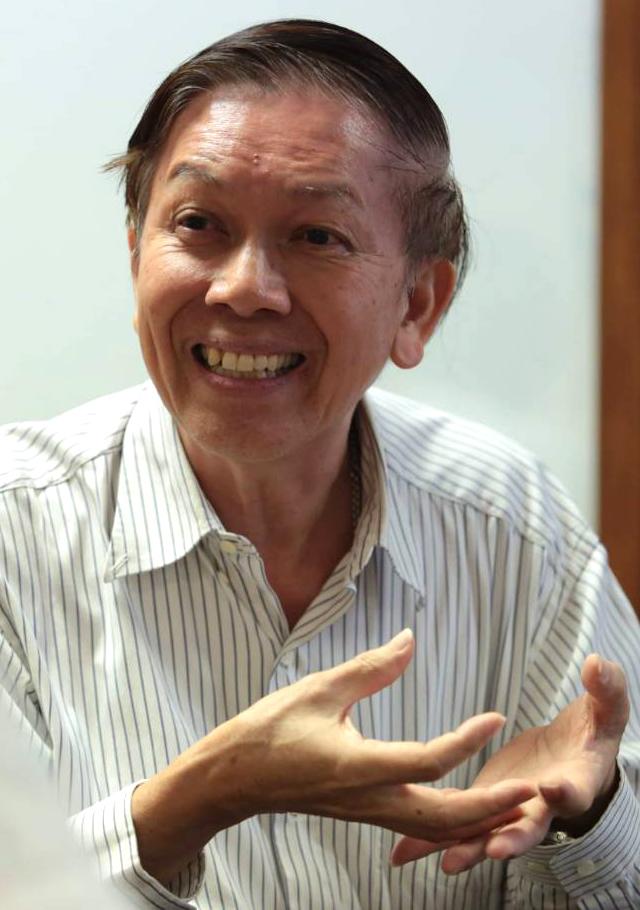 "The system that took shape [following the election] isn't a 'quasi democracy' similar to the model which emerged under Prem Tinsulanonda," he said.

"What emerged instead is a 'quasi dictatorship', as the coup-makers retain their positions in the overall power structure. This, effectively renders the opposition's role ineffective."

Mr Surachart went on to say that Thailand's prospects of progressing towards a more liberal society -- let alone a fully-fledged democracy -- are dim.

According to him, several factors are at play, including the current constitution -- which allows senators to vote alongside MPs to choose the next prime minister -- and the government's 20-year national strategy.

Critics have warned in the past that such a rigid plan, which dictates the direction of the nation's development, will effectively become a "straitjacket" for future governments, as it constrains their ability to make decisions and adapt to changing circumstances.

Just as a restructured Internal Security Operations Command (Isoc) took charge of the nation's security affairs after the National Council for Peace and Order (NCPO) was disbanded, the military should reconsider its post-election role, Mr Surachart said.

"The immediate task at hand is to figure out a way to curtail the power of the authoritarian regime, which remains -- albeit in disguise -- even after the election," he said.

While the Pheu Thai-led opposition and the coalition headed by the Palang Pracharath Party (PPRP) are roughly on equal ground when it comes to the number of MPs in the House, Mr Surachart said the opposition is restricted by provisions in the charter on several issues which requires the Senate's vote -- such as choosing the prime minister, and the national strategy.

"It is still a quasi-NCPO regime," he said. "Section 44 may be gone, but everything else is still there."

The expert said as the contest for power is starting to move away from the streets and into parliament, he hopes this bodes well for the future of the parliamentary system in Thailand.

That said, he also said that simply moving the debate into the House will not solve the problem, as the opposition will remain dissatisfied by their disadvantaged position under the constitution, which was designed by the NCPO in the first place.

When asked to comment on the sudden emergence of the Future Forward Party (FFP) -- which immediately commanded a large following among Thai youths due to the pull of its promises and its leaders' public image -- Mr Surachart said the fact that the FFP won most votes in provinces where universities are located is a telling sign.

"The big question now, is how long will the party be able to ride on their wave of popularity," Mr Surachart said, adding the result of the by-election in Nakhon Pathom's constituency 5 on Oct 24 should be considered a pointer to the public's mood.

He made the comments days before the by-election, in which the FFP was defeated.

"Generally speaking, the government's mistakes are gains for the opposition. That said, each party has its own set of problems to deal with," said Mr Surachart.

To date, FFP leader Thanathorn Juangroongruangkit's fate as an MP still hangs in the balance, as he remains suspended by the Constitutional Court, pending a court ruling on whether he breached media-shareholding rules when he registered to run in the election back in February.

Mr Surachart said that despite having only a razor-thin majority in parliament, the government does not need to resort to heavy-handed tactics to get its way.

Instead, he said, the government's survival depends on its ability to control its smaller, coalition partners and court support from "cobras" -- renegade politicians from the opposition.

"History has taught us that most coalition governments were brought down by internal strife, not by the opposition," he said.

"Even with the slimmest of margins, the government can survive if it has control over these elements."

To ensure its survival, the government must cater more to the needs of the urban, middle class.

"This demographic group is among the most conservative within our society, and many has even ended up supporting the NCPO after five years under its rule," he said.

Having said all that, he said, he believes that army chief, Gen Apirat Kongsompong, will go on to become a key player in the country's post-coup politics -- especially after his lecture at the Royal Thai Army Headquarters last week.

In his lecture, Gen Apirat accused some politicians, academics and "old communist elements" of using "hybrid warfare" to undermine the country and the monarchy.

He claimed communists are still planning to depose the monarchy and are using social media to spread fake news in order to steer Thailand towards communism.

"The lecture was intended to send out a signal to the conservatives, that he is ready to become the next prime minister and deal with such threats," Mr Surachart said.

Mr Surachart said Thailand needs to position itself in a way that restores investors' confidence.

"After the polls, we took one step forward, but then three steps backwards, which bodes ill for efforts to restore stability," he said.

"The question that remains is, when the military will end its role in politics?" said Mr Surachart.

"Should we let the military take charge of everything, or should we take politics back to the parliament?''