Move Forward Party to be Future home for 55 FFP MPs

Leader Pita Limjaroenrat thanks supporters during an announcement that 55 MPs of the dissolved Future Forward Party will join the new Move Forward Party on Sunday. (Photo by Arnun Chonmahatrakool)

Pita Limjaroenrat, the leader of 55 Future Forward MPs, announced on Sunday that they will move to Move Forward Party next week.

“All of the remaining MPs remain committed to the ideology of the disbanded FFP. Rest assured that our new home has the same heart. We will stand by people and democracy and oppose the now-defunct National Council for Peace and Order. We will continue to push for a progressive agenda,” he said.

Mr Pita said he is now taking the helm of the remaining MPs while Wiroj Lakkhanaadisorn temporarily serves as spokesperson. The application for the Move Forward Party is due next week.

“The new party will be smaller, but leaner and faster. We will amass funds from SMEs and online sales. We now understand that politics is a long marathon, not a sprint,” he said.

Mr Pita also urged for public support to end the cycle of dissolution of political parties in Thailand.

“I hope that the revolving door of dissolving parties will stop. Even if it is not stopped by us politicians, it will have to be stopped by the people, as you can see from the protests outside and how they are talking about our aspirations to move Thailand towards a meaningful functional democracy,” he said. 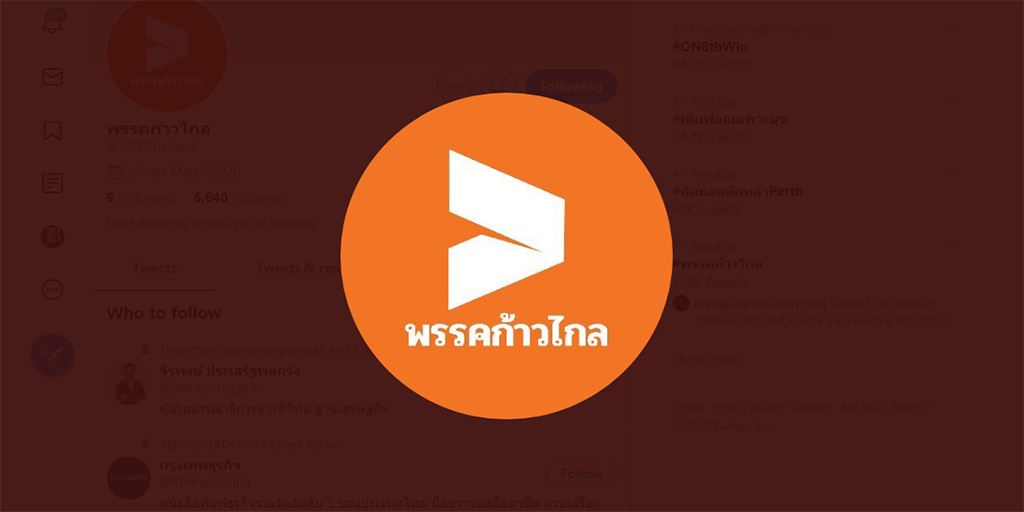 The Move Forward logo was also unveiled during the announcement on Sunday. It bears a similarity to the FFP logo, both in colour and design.