Thais 'yet to recover' from bloodshed, says Abhisit
Thailand
Politics

Thais 'yet to recover' from bloodshed, says Abhisit

Former prime minister Abhisit Vejjajiva says he always feels a deep sadness whenever the May 19 anniversary of the 2010 protest crackdown rolls around, as it marks the culmination of one of the darkest chapters in the country's political history; a chapter that fuels bitter divisions in society to this day.

Mr Abhisit told the Bangkok Post that he thinks the country has yet to recover from the decade-old wounds despite several legal cases connected to the red-shirt mass protest having been settled in court and an independent panel shedding light on what happened.

This year, on its tenth anniversary, memories of the incident have been evoked in a laser projection campaign by the anti-government Progressive Movement.

The message "Searching for the Truth" was projected at night onto buildings in Bangkok.

Further projections blamed the military for the many deaths which resulted when they were sent to contain the protesters that fateful day.

Ninety-four deaths were recorded during and as a result of the protest in Bangkok.

Most of those who died were protesters from the United Front for Democracy against Dictatorship, although seven soldiers and two foreign reporters were also among the fatalities. 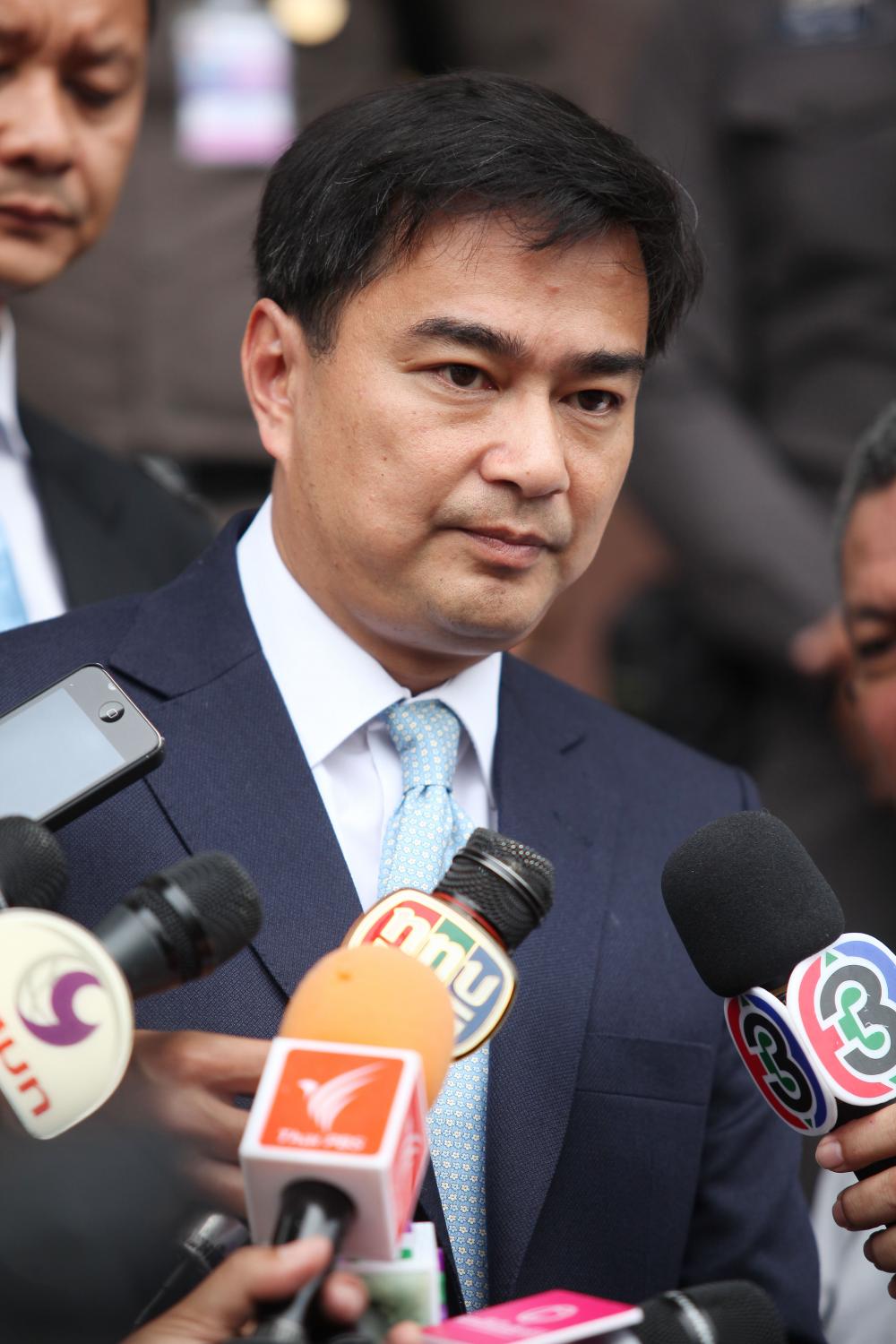 Mr Abhisit said it still intrigues him why his opponents -- a reference to the previous Pheu Thai Party-led administration under the premiership of Yingluck Shinawatra -- had tried to push through a blanket amnesty in 2013 for those involved in political unrest that would have benefited him, as prime minister during the protest, and Suthep Thaugsuban, his deputy, even though they had fiercely attacked him over his handling of the 2010 protest.

One possible explanation, he believes, is the amnesty was designed with coverage so wide that had it not been shelved in parliament due to public resistance, it would have exonerated former prime minister Thaksin Shinawatra, Yingluck's older brother, who is held in high esteem by Pheu Thai politicians, of the myriad legal convictions he is facing.

But what should have fascinated his opponents is that he and Mr Suthep refused to accept an amnesty that would have put an end to the court trials in which they were held to account for ordering the military to contain the protesters in a manner that is alleged to have caused many to perish.

Mr Abhisit says it was a matter of principle.

"We all should look ahead and work together with an open mind to prevent the preconditions for military coups," he said.

"But we should not be driven by a preconceived goal to trade accusations."

The mass protest had been brewing since the end of 2009.

The red shirts were displeased with Mr Abhisit, at the time leader of the Democrat Party, having been elected as prime minister by parliament under what they believed was the influence of the military.

The formation of the Democrat-led government came shortly before the Supreme Court's decision on Feb 26, 2010, to seize Thaksin's assets worth 46 billion baht on its ruling that his grown-up children were mere proxies holding Shin Corp shares for him.

The protests began on March 12 with calls for Mr Abhisit step down and make way for a fresh election.

On May 19, the military moved in to disperse the protesters who were holding on to their last bastion at Ratchaprasong intersection.

The subsequent clash between the soldiers and protesters left scores dead and injured, many in the adjacent Wat Prathum Wanaram.

Violence also ensued that afternoon when people were seen in video clips setting fire to commercial buildings including the CentralWorld shopping complex.

Mr Abhisit, however, said his government did all it could to avoid the use of force in the incident.

Meanwhile, the Progressive Movement, co-founded by Thanathorn Juangroongruangkit, Piyabutr Saengkanokkul and Pannika Wanich, is spearheading its campaign to "search for the truth" behind the 2010 protest, the Black May uprising of 1992 and the Oct 6, 1976, massacre.

"Many questions remain unanswered," according to Mr Abhisit.

"The movement's search was launched with rhetoric that was bent on pointing fingers, which is not the way to attain the truth."

A message is being spread using selective information to draw a link between these three incidents of political unrest, "but the context and the condition of those situations are completely different", he said.

On April 10, 2010, the military moved in to reclaim public areas occupied by the protesters and they did not use live rounds. However, they were attacked by war weapons which killed Col Romklao Thuwatham, which prompted the retreat from the Kok Wua intersection, Mr Abhisit recalls.

Mr Abhisit said he has read a report commissioned by Reuters which lost a Japanese reporter in the April 10 violence. The report confirmed armed individuals were among the protesters and had shelled the troops.

On May 19, the final day of the protest, Mr Abhisit said security authorities entered Lumpini Park after the protesters had withdrawn and retrieved many weapons.