Prime Minister Prayut Chan-o-cha on Tuesday defended the use of the emergency decree to curb the spread of Covid-19, calling it a legal tool for the authorities to enforce virus control measures.

He was responding to calls by some members of the public, demanding the government lift the decree since the kingdom has been reporting low cases of new Covid-19 infections for several days.

Gen Prayut said the decree enables swift action and coordination and the public must understand why it was implemented.

He noted that the time is not right to lift the lockdown because the pandemic has not ended.

"The implementation of the [emergency decree] is not politically motivated," Gen Prayut said.

He then thanked everyone who contributed to keeping the number of new Covid-19 cases low, adding there are no new cases for a certain amount of time, the government will lift more restrictions on businesses during the fourth phase of easing the lockdown.

Meanwhile, a military source on Tuesday said a committee tasked with evaluating easing lockdown measures will today consider allowing the sale of alcohol in restaurants. 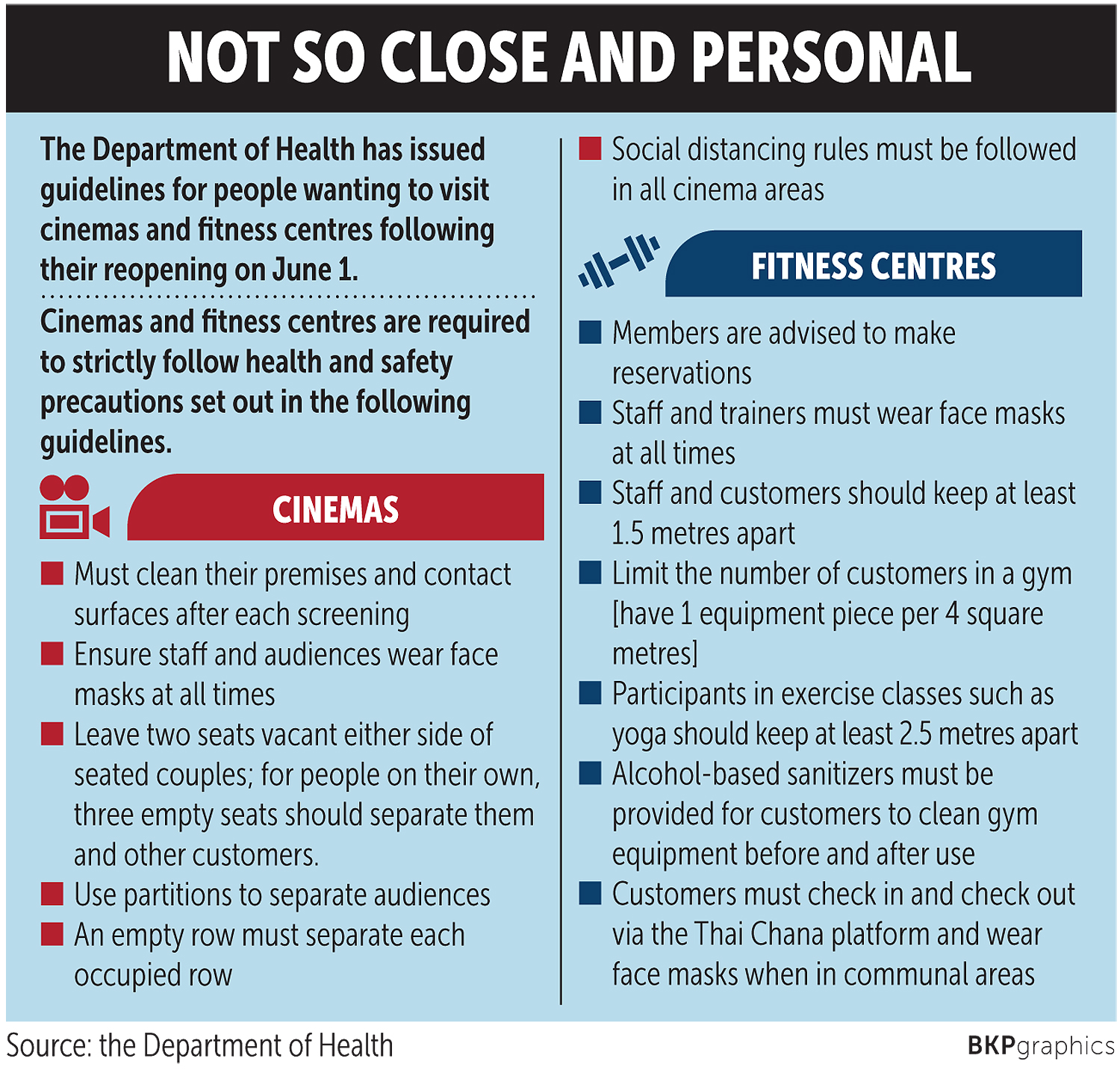 The source said the committee will also consider allowing boxing matches without spectators present in stadiums for the next phase of relaxation, which is expected to commence on June 15.

The source said the outcome of the meeting will be submitted to the Centre for Covid-19 Situation Administration (CCSA) on Friday for approval.

Pubs, night clubs and massage parlours will remain closed until the fifth phase of easing the lockdown, the source noted.

The source said the committee is likely to propose an extension of the use of the emergency decree for another month, but curfew could be cancelled.

In other news, at least 38 Thais in Egypt have contracted Covid-19, according to the Thai embassy in Cairo on Tuesday.

It said in a statement that the number was recorded on Monday.

On Saturday, the embassy conducted a Covid-19 screening test on 230 Thai nationals who have registered for a repatriation flight from Cairo to Bangkok on Monday, said the embassy.

It will cooperate with local officials.