'Leave the monarchy out of it'
Thailand
Politics

'Leave the monarchy out of it'

Protesters must stick to politics: minister

For king and country: A group of royalist supporters hold framed pictures of members of the royal family as they rally outside parliament and call on the government to protect the institution on Monday. (Photo by Pornprom Satrabhaya)

Anti-government protesters were on Monday warned to avoid involving the monarchy in political conflict even as rallies by both royalists and their opponents ended without incident.

Speaking before the rallies took place, Digital Economy and Society Minister Buddhipongse Punnakanta said that while it was normal for people to hold different political opinions, they must not violate the rights of others nor offend the highest institution in the country.

Protecting the monarchy was not only the duty of the government but of the people too, Mr Buddhipongse said.

"Differing opinions are normal in a democratic system. But we have to be careful not to infringe others' rights or offend the country's highest institution. Nobody will accept it," the minister said.

Mr Buddhipongse also said that social networks must be used carefully as some information had been distorted, leading to misunderstanding, confusion and even hatred. He then warned protesters from both camps to avoid confrontation, saying such clashes would be damaging to the country.

Sakchai Chartphudsa, president of the Association of Kamnan and Village Heads, also called on student protesters to stop insulting the monarchy.

He was speaking at an event marking Kamnan and Village Heads Day, which was attended by more than 700 kamnan and village heads, in Nakhon Ratchasima's Muang district. The event was presided over by former deputy prime minister Suwat Liptapanlop.

"You have the right to assembly to demand charter amendments or whatever from the government but you must stay in line," Mr Sakchai said. "These students are mature and well-educated. We don't want them to speak in a way that offends the institution." 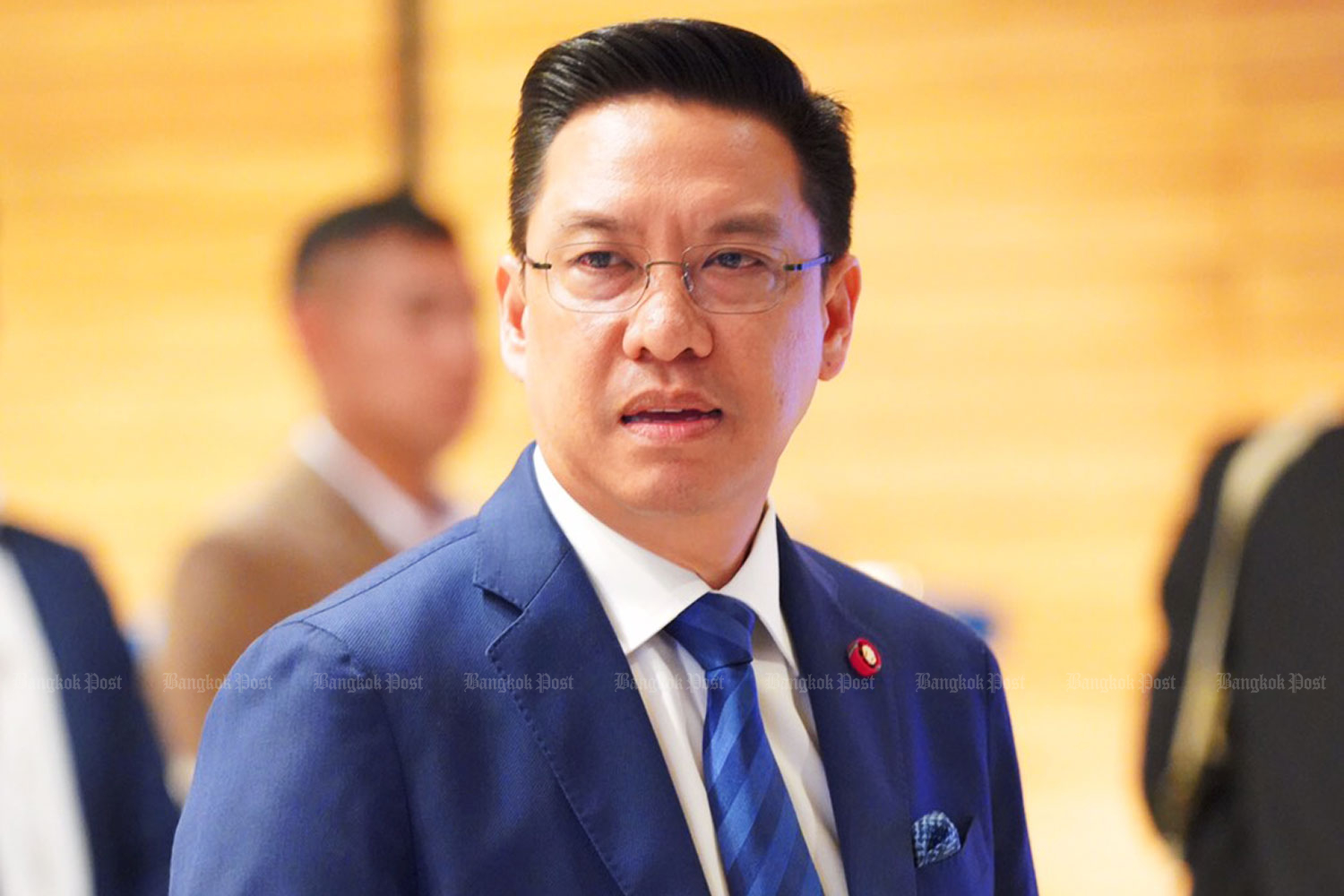 "Differing opinions are normal in a democratic system. But we have to be careful not to infringe others’ rights or offend the country’s highest institution. Nobody will accept it." — Buddhipongse Punnakanta, Digital Economy and Society Minister

Meanwhile, anti-government protesters made clear their position on constitutional issues, demanding a new charter be written to end the prolonged hold on power by the government.

They made their call outside parliament, which was the venue of the two rallies on Monday. Another group calling itself the Coordination Centre for Vocational Students and the People Protecting the Institution gathered nearby with a pledge to protect the monarchy.

About 30 activists and members of the Committee Campaigning for a People's Constitution (CCPC) took part in the rally. "The 2017 constitution was designed to prolong the power of the coup makers," said CCPC leader Anusorn Unno.

He said Section 256 of the constitution makes it difficult to amend the charter, adding that the CCPC rejected attempts in parliament to alter some sections of the charter, as that would not reflect the will of the people.

That section requires the support of at least one-third of the Senate or 84 senators. Critics have slammed the section as a major hurdle to making changes.

CCPC representatives then handed over their draft for a referendum bill to representatives of opposition parties led by Pheu Thai, the main thrust of the bill being the election of a charter-writing body to work on a new constitution.

Pheu Thai MP for Maha Sarakham Sutin Klungsang accepted the petition and promised to work with the other five opposition parties in pressing for a new charter-writing panel.

The CCPC's position is in line with one of the three demands spelt out by the Free Youth Group, the main driver of anti-government rallies. They also want the dissolution of the House and an end to the intimidation of critics of the government.

The group's stance differs from the position of the coalition parties and Prime Minister Prayut Chan-o-cha, who favour a charter amendment.

The CCPC was formed in September last year by 20 networks to campaign for a new charter. Mr Anusorn, who leads the campaigners, is a lecturer at Thammasat University's faculty of sociology and anthropology.

Security officers were deployed to maintain order but no violence was reported and the two groups later dispersed.

Student protesters also held an anti-government rally to criticise the government at Thammasat University's Rangsit Campus, where I-Law, an organisation monitoring human rights and laws, launched a campaign to gather 50,000 signatures to push for amendments to the constitution.