Royal Thai Navy top brass hold a press briefing at the force’s headquarters in Bangkok on Monday to defend the purchase of two more submarines worth a massive 22.5 billion baht from China. (Photo by Apichit Jinakul)

The Democrat Party wants the Royal Thai Navy (RTN) to review its planned procurement of two submarines worth 22.5 billion baht from China.

If there is no review, its MPs who sit on the House committee scrutinising the budget bill for the 2021 fiscal year will veto the purchase.

Deputy Democrat spokesman Akkaradet Wongpitakrote said on Tuesday that it was agreed at a meeting of Democrat MPs that seven of its MPs who sit on the committee will ask the government and the RTN to withdraw the purchase plan from the agenda of the committee's meeting which will be held tomorrow.

The Democrat MPs agreed that solving the economic problems besetting the country takes precedence over the purchase of the submarines, Mr Akkaradet said. But if the navy insists on the purchase, the seven Democrat MPs will vote against it, he said.

Deputy Prime Minister Jurin Laksanawisit, who is the Democrat Party leader, will inform the cabinet of the party's position on the matter, Mr Akkaradet said.

The House committee will today consider reports by its various sub-committees, including a subcommittee on durable product items, state enterprises, ICT equipment and revolving funds.

The government and the navy are under fire after the subcommittee approved the purchase last Friday.

Prime Minister Prayut Chan-o-cha said on Tuesday that that it should be left to the House committee to make a decision at today's meeting. 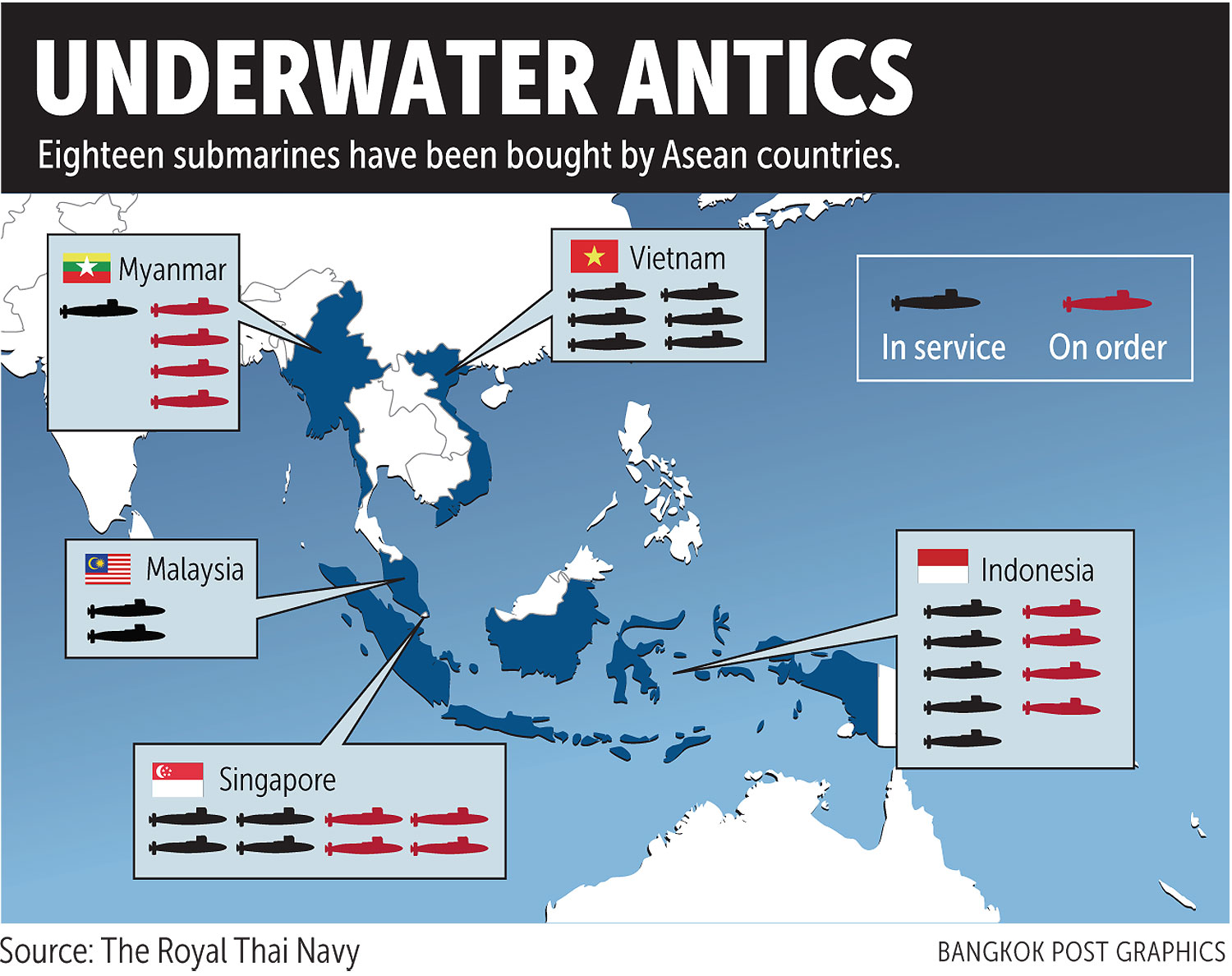 The prime minister also insisted that he did not give any further instructions on the matter, adding that he also listened to the RTN's top brass explain the reasons for buying the submarines.

Somjai Phagaphasvivat, an independent academic on economics and political science, said that while the purchase of the two submarines is necessary for defence strategy, the country right now has to prioritise the tackling of Covid-19 which requires huge amounts of money to prevent the pandemic coming back in a second wave, as well as to reinvigorate the economy battered by the crisis.

In light of this, Mr Somjai suggested that the RTN suspend its purchase plan because the country needs the money to deal with the crisis which is expected to drag on for four to five years.