Yellow-clad strongmen along the side of Ratchadamnoen Avenue opposite the anti-government demonstrators in Bangkok on Wednesday. (Photo: Wichan Charoenkiatpakul)

As anti-government demonstrators occupied a section of Ratchadamdoen Avenue on one side of the Democracy Monument, people wearing yellow shirts, with orderly short hair,  massed on the opposite side of the monument.

Groups of yellow-clad people were also gathering at spots  along the avenue towards Government House.

They were waiting for the motorcade of His Majesty the King, who was to preside over a graduation ceremony of Pali scholars at the Temple of the Emerald Buddha on Wednesday evening. (continues below) 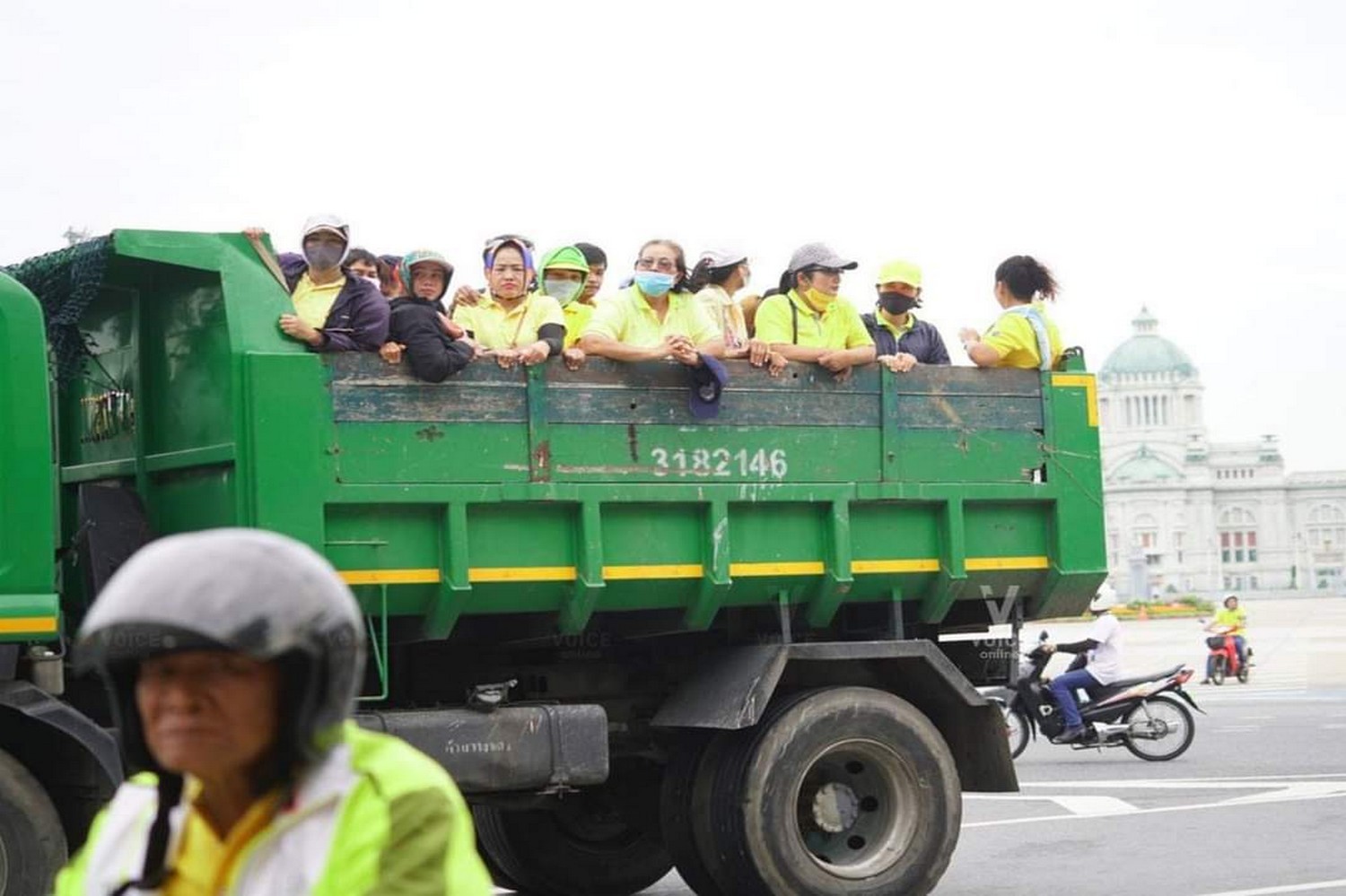 Government supporters wearing yellow shirts pass near Royal Plaza on the back of a large dump truck on Wednesday morning. (Capture from Voice TV)

They intended to remain there, on the route anti-government rally leaders announced they would use to march from Democracy Monument to Government House in the afternoon.

Among yellow-clad leaders, Suvit Thongprasert, formerly Phra Buddha Isara, said outside the Education Ministry on Ratchadamnoen Avenue that demonstrators could not use the royal motorcade route.

"We will not tolerate any obstruction to the royal motorcade. Demonstrators can use any other route but not the royal route because the route must be clean and free of impurity," he said. Mr Suvit led a group of yellow-clad demonstrators during the Shutdown Bangkok demonstrations against the YingluckShinawatra administration six years ago.

Another former yellow-shirt demonstration leader, Suthep Thaugsuban, was also settled in  to wait for the royal motorcade on Ratchadamnoen Avenue.

Border patrol police and riot police were deployed to ensure security along the avenue. 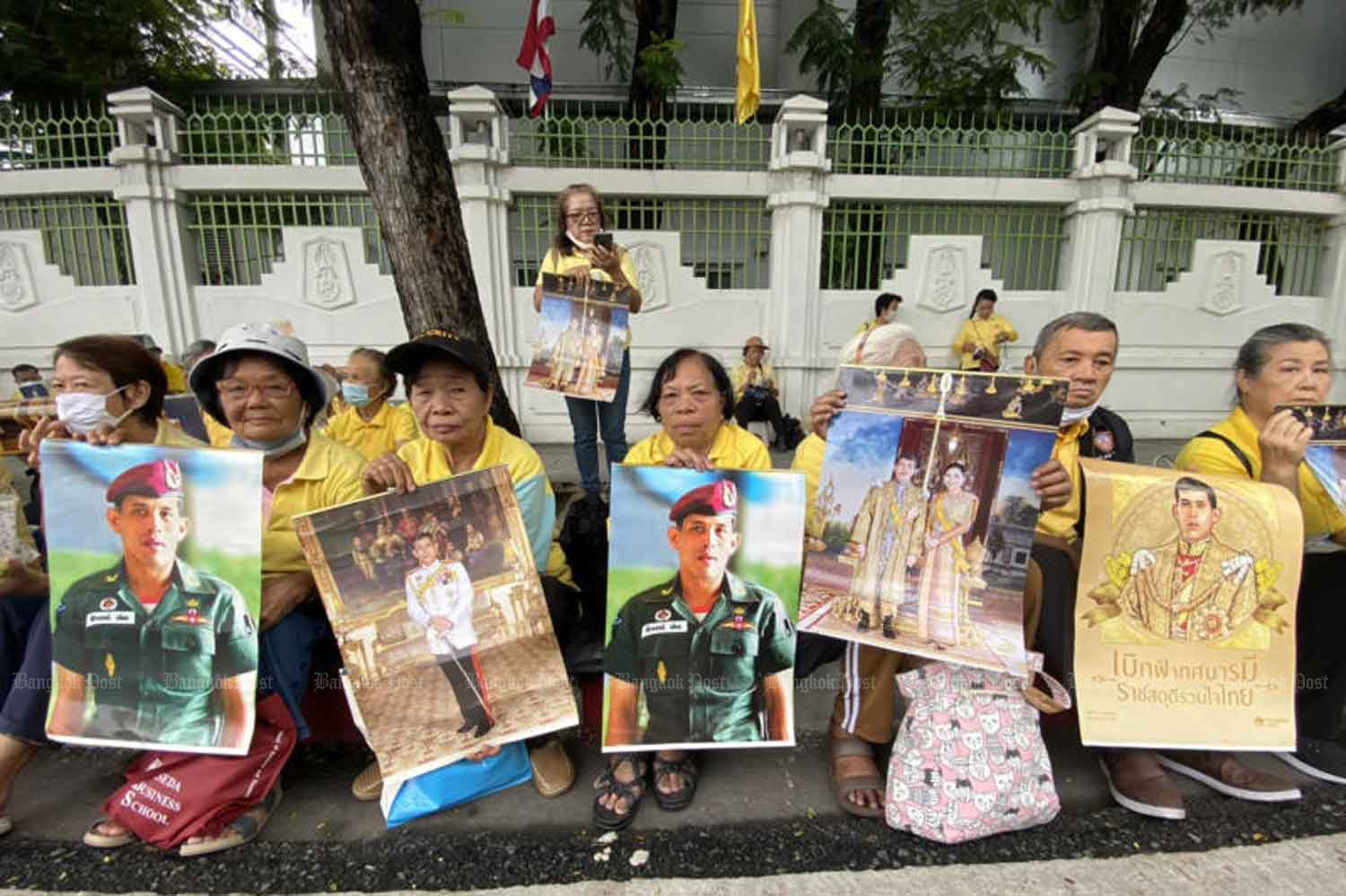 Pro-monarchy demonstrators waiting for the royal motorcade on a section of Ratchadamnoen Avenue in Bangkok on Wednesday. (Photo:Nutthawat Wichieanbut)

Philippine President Ferdinand Marcos Jr on Thursday praised his dictator father's rule after being sworn in as the country's new leader, completing a decades-long effort to restore the clan to the country's highest office.