Prayut doubles down on media

Prime Minister Prayut Chan-o-cha has told authorities to take no chances in censorship scrutiny of broadcast and online content that could be deemed to violate the state of emergency.

The PM's move came on the day the Criminal Court ordered that Voice TV's online content to be blocked.

Speaking to reporters after a meeting of his cabinet, Gen Prayut said the authorities had been told to respect the freedom of the press but to also take legal action against those who spread false information and fake news that violated other people's rights.

"We are duty-bound to protect the country and eliminate ill-intentioned actions aimed at creating chaos and conflict in the country," Gen Prayut declared.

He paid tribute to media outlets who had played a crucial role in creating constructive change in society, saying those who conducted their work impartially had made a substantial contribution to the country. 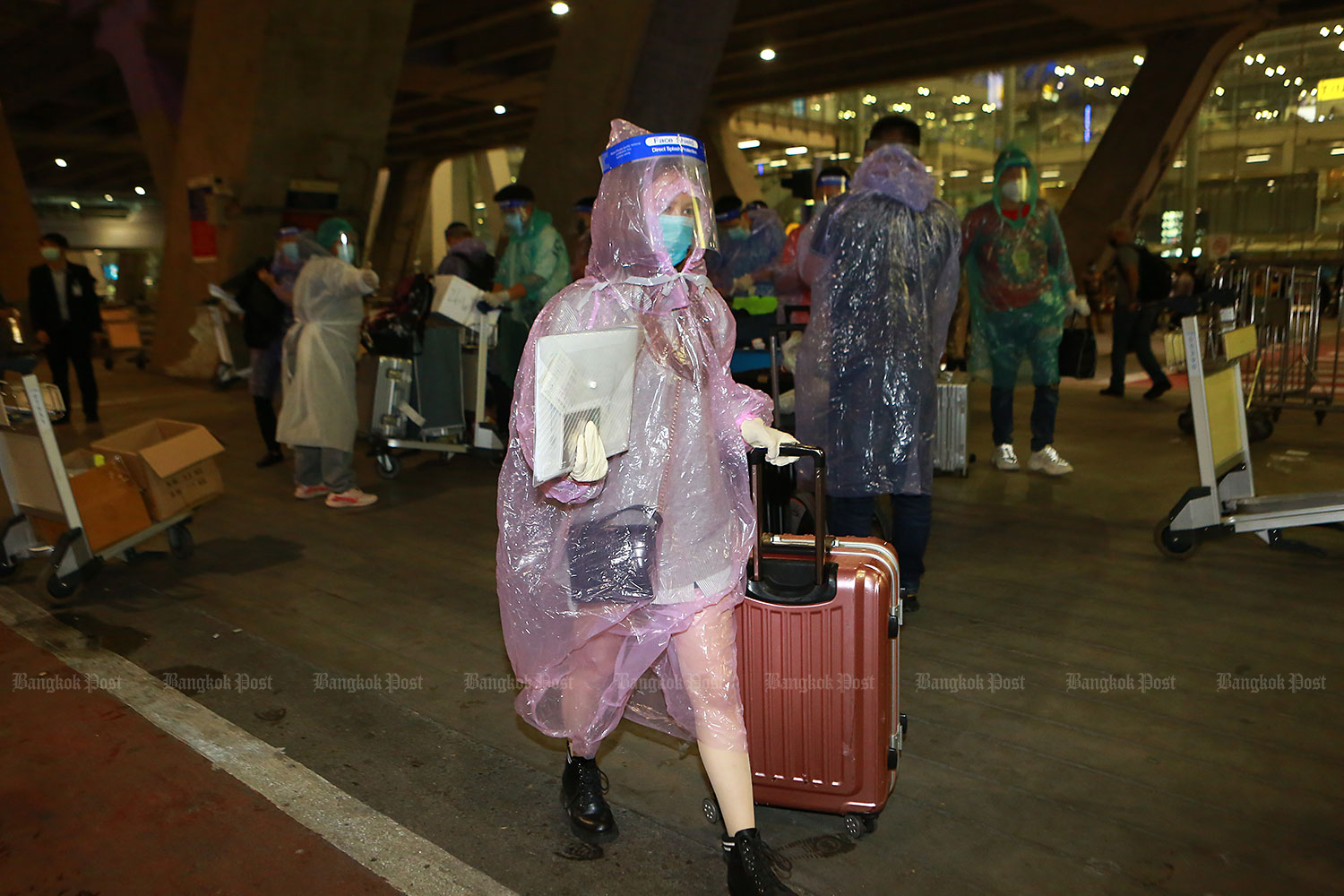 She’s got it covered: A woman in full protective gear makes her way through Suvarnabhumi airport yesterday after clearing immigration and passing her Covid-19 health checks. She was among the first group of Chinese visitors to come to Thailand courtesy of the new Special Tourist Visa (STV). (Photo by Somchai Poomlard)

Several local media organisations warned the government on Monday not to violate the freedom of the press after reports emerged that five online outlets faced legal action for breaching the state of emergency.

The groups spoke out after the leaking of an order issued by the government's joint Centre for the Resolution of the Emergency Situation (CRES) for the National Broadcasting and Telecommunications Commission (NBTC) and the Digital Economy and Society (DES) Ministry.

That order followed an examination of media content deemed to be a threat to national security.

The order said: "It appears there are television broadcasts of content deemed to threaten national security or good morals by presenting certain content from Voice TV, Prachatai.com, The Reporters, The Standard and Free Youth movement."

The government is also said to have been planning to block the Telegram messaging app, which anti-government protesters flocked to after police moved to shut down their Facebook accounts.

The Criminal Court on Tuesday ordered the blockage of all of Voice TV's online content as requested by the DES Ministry, according to the ministry deputy permanent secretary, Putchapong Nodthaisong.

That content was not blocked immediately after the court order, however, because DES representatives first need to explain to the court today precisely how it plans to block the content.

The court has yet to issue orders for the other four news outlets mentioned in the leaked order: Prachatai.com, The Reporters, The Standard and the Free Youth movement.

Mr Putchapong said the ministry found the news outlet had posted false information in violation of the Computer Crime Act and the state of emergency ... and that ruling cannot be appealed.

Voice TV CEO Mekin Petchplai later released a statement saying he had yet to see the order and the station would continue operating in the meantime.

He insisted the company had conducted its work ethically and without publishing any distorted information that could have created misunderstandings or undermined national security or public order.

While Voice TV's websites -- or certain programmes -- can be blocked immediately by local ISPs and mobile phone operators, it remains to be seen whether Facebook and YouTube will comply with the order to block the contentious content, and if so, when.

Blocking something in social media, however, is easier said than done given the ease of opening a new account and the proliferation of virtual private networks, which mask the internet protocol (IP) address of a user, rendering his online actions virtually untraceable.

Mr Putchapong admitted the operator of Voice TV could simply open new Facebook or YouTube accounts to circumvent the ban.

However, he warned that if they continued to spread fake news they would be closed again.