Pro-democracy activist Passaravalee Thanakijvibulphol, left, during a protest on Wednesday evening. She was arrested later that night near Victory Monument by plainclothes police. The Pathumwan court released her on bail without surety on Thursday morning. (Photo: Pattarapong Chatpattarasill)

Lumphini police took Ms Passaravalee, known as “Mind’’ and a leading member of the Free People movement, to Pathumwan court on Thursday morning.

Police applied for approval to detain her for a further 12 days on a charge of violating the emergency decree over her role in the anti-government protest at Ratchaprasong intersection on Oct 15.

A team of human rights lawyers arrived to apply for her release on bail.

Amornrat Chokpanitkul, a Move Forward Party MP for Nakhon Pathom, tweeted, “At 10.25am, the Pathumwan court granted bail for Mind without a surety.’’ (continues below) 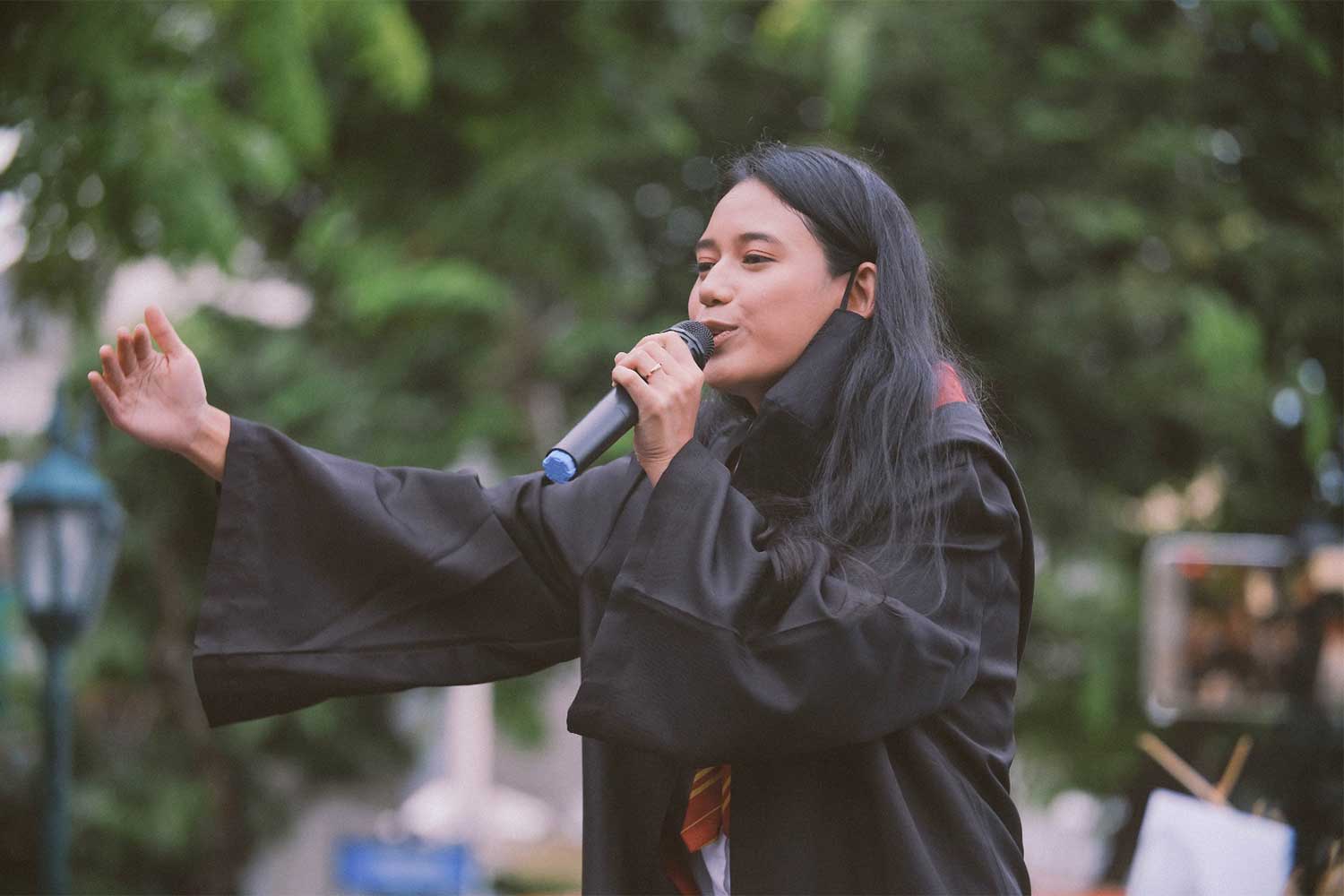 Plainclothes police, armed with an arrest warrant, apprehended Ms Passaravalee at a coffee shop near Victory Monument around 10.30pm on Wednesday, after she took part in a rally at Government House.

She questioned the police action in arresting her late at night, saying she was not a criminal. She asked them to wait for a lawyer.

Around 11.10pm, her lawyer arrived. The plainclothes officers told the lawyer they were with  the Central Investigation Bureau and would take Ms Passaravalee to Lumphini police station. However, they had arrived at the coffee shop in a Crime Suppression Division vehicle, Thai media reported.

Earlier, Chanasongkhram police issued a summons for her to report to acknowledge three charges relating to an anti-government rally at Victory Monument on Aug 3.

She and five other activists facing the same charges reported to police on Sept 1. All denied the charges. They were released on bail.

Activist Passaravalee Thanakijvibulphol, known as Mind, is arrested at a coffee shop near Victory Monument on Wednesday night.(Clip from Mananakorn for Democracy Group Facebook page)