All eyes will be on the Constitutional Court on Wednesday when it delivers a ruling on the legality of Prime Minister Prayut Chan-o-cha's continued occupancy of an army residence since his retirement from the military.

Police will also step up security at the court as anti-government protesters led by the Ratsadon movement have indicated their intention to demonstrate there.

Opposition MPs led by the main opposition Pheu Thai Party lodged a petition with the Constitutional Court through parliament president Chuan Leekpai on March 9 after the issue was raised during the opposition's censure debate against the government on Feb 25-27.

In the petition, Pheu Thai accused the prime minister of a conflict of interest by continuing to occupy the army residence in Bangkok.

It said Gen Prayut, who is also the defence minister, should have vacated the building when he retired as army chief in 2014, and that by staying on free of charge, he had broken army regulations.

The prime minister and his family reside in the house in question located at the 1st Infantry Regiment, King's Guard, on Vibhavadi Rangsit Road in Bangkok. 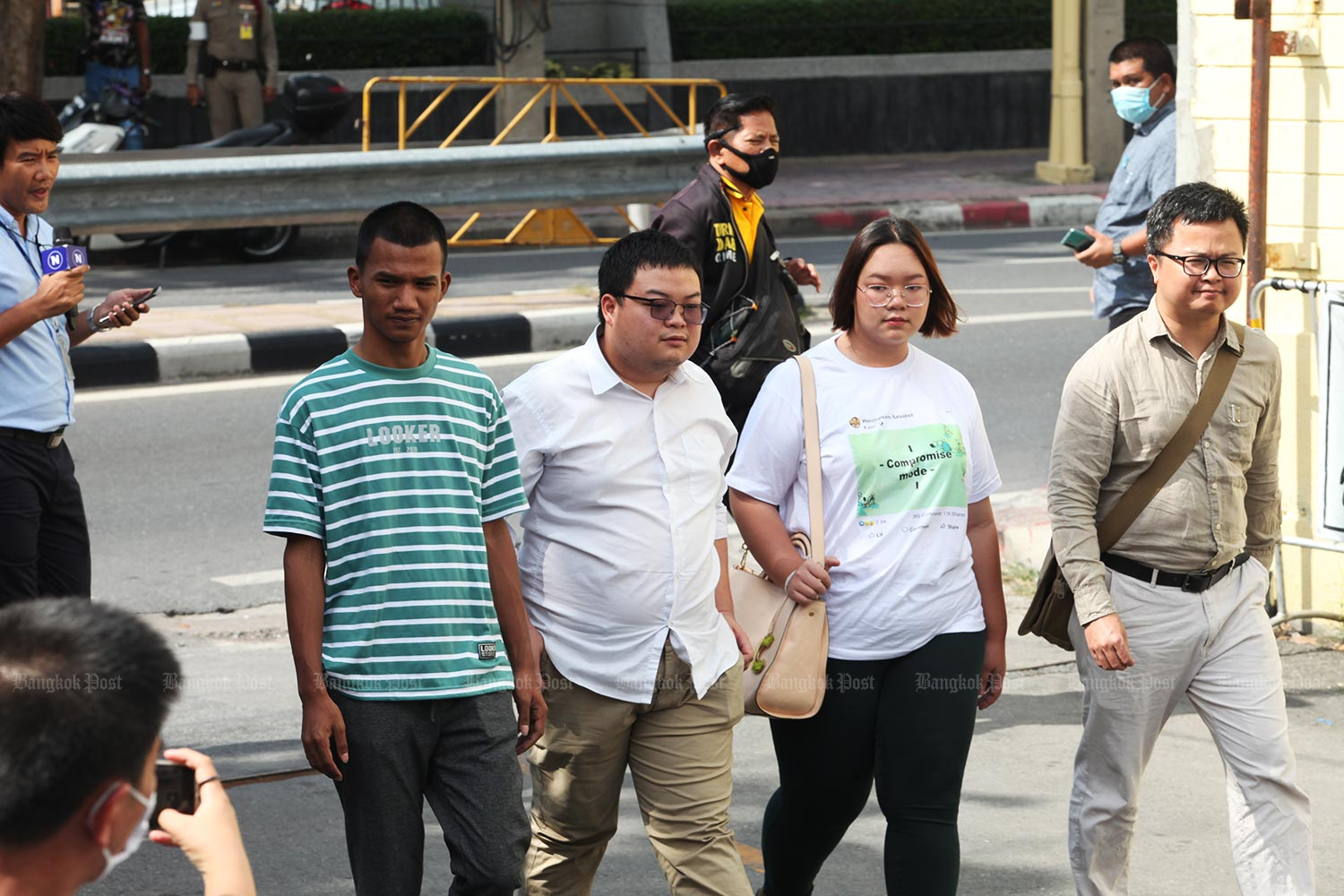 Gen Prayut said on Monday that he would leave the decision to the court and respect the outcome, and insisted he had never abused his authority for his own benefit.

If the court rules against him he would move out and live in his own residence, the prime minister said.

Asked if he would move to Ban Phitsanulok, the prime minister's official residence on Phisanulok Road in Dusit district near Government House, Gen Prayut said that the residence was still under repair and was too big for him anyway.

After leading the coup that toppled the Pheu Thai-led administration on May 22, 2014, Gen Prayut retired as army commander-in-chief on Sept 30, 2014.

The army has explained that the house the prime minister lives in is not a welfare house provided for top brass. 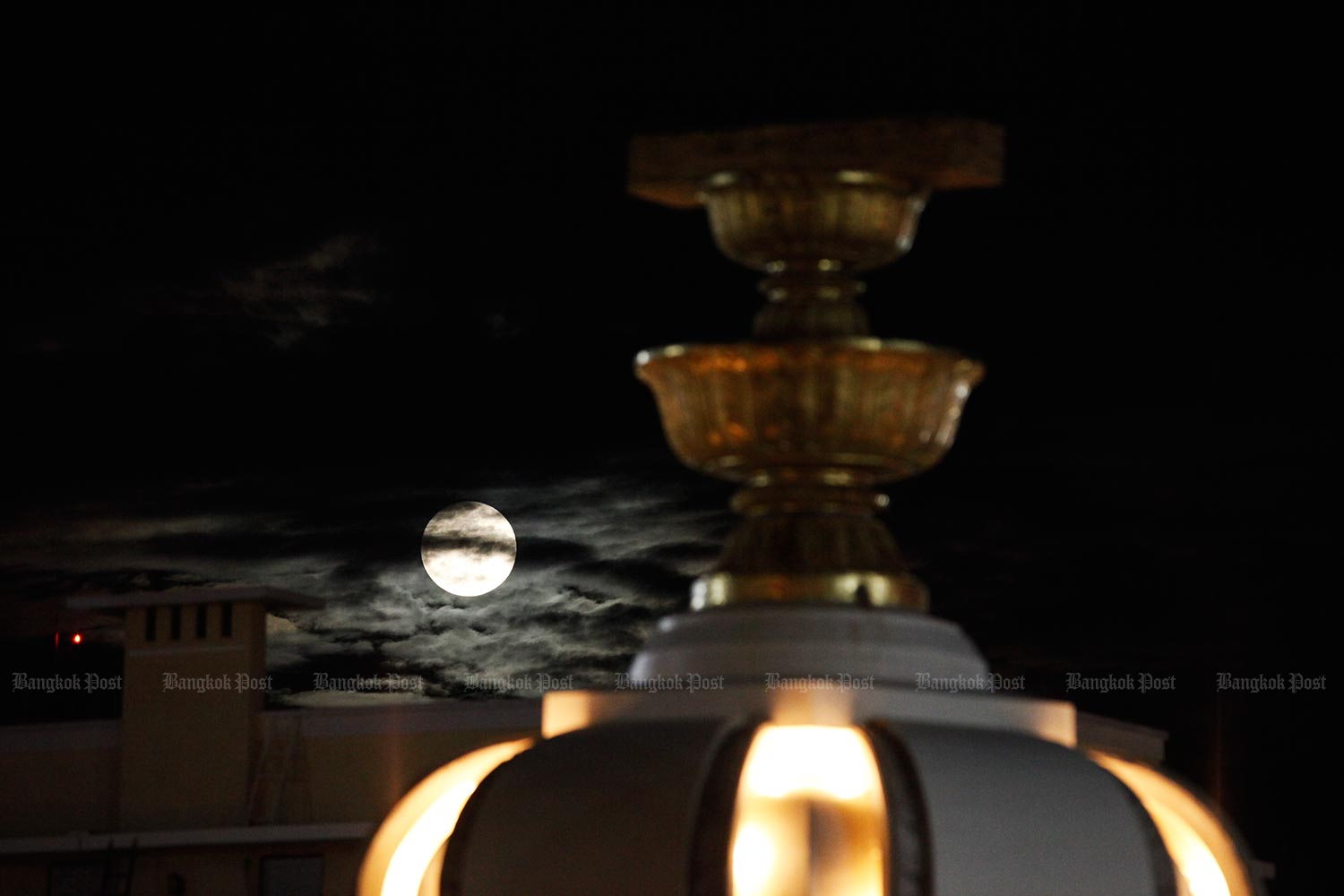 Dark side of the moon: A penumbral lunar eclipse, which occurs when the moon moves into the earth’s outer shadow, is observed last night from Democracy Monument. The phenomenon causes the moon to appear darker than usual for about an hour and is better observed with an aid of telescopes. (Photo by Wichan Charoenkiatpakul)

It was redesignated as "a visitor's house" in 2012. The army has also cited security as the reason why Gen Prayut needs to live inside the army compound.

A ruling against the prime minister would spell the end of his premiership, and also end the term of his current cabinet.

Palang Pracharath Party MP and chief government whip Wirat Ratana­sate said on Monday that he and his colleagues had not yet discussed a list of prime ministerial candidates to replace Gen Prayut should the court rule against him.

However, Mr Wirat said he believed that the court would rule in favour of the prime minister.

"We may have to discuss the matter with coalition parties. Still, let's wait for the court's ruling. Don't jump to any conclusion that there will be a political accident. The outcome may turn out to be good," Mr Wirat said.

Pol Lt Gen Pakkapong Pongpetra, commissioner of the Metropolitan Police Bureau (MPB), said that police had come up with security measures to handle anti-government protesters when they gather in front of the court on Wednesday.

He added that the MPB would also discuss security arrangements with the court to maintain order inside the premises during the rally.

Ramate Rattanachaweng, spokesman for the Democrat Party, on Monday warned protesters not to threaten or pressure the court as they could be sued for contempt of court.

They should cancel their planned gathering in front of the court, listen to the court's ruling carefully and respect the outcome, Mr Ramate said.

Chusak Sirinil, legal chief of Pheu Thai, the main opposition party, said he was confident the court would rule against the prime minister and decide he had used an army-owned house illegally after retiring from the military.

"A visitor's house is for temporary stays of seven to 10 days, not forever," he said.

The court will begin reading out its ruling at 3pm on Wednesday, by which time a large crowd of anti-government protesters is expected to have gathered outside, waiting for the result.

Prasert Chantararuangthong, Pheu Thai's secretary-general on Monday said that the army's citing of security as a reason for Gen Prayut to live in the army compound was unwarranted.

According to army regulations, when officers retire, they must leave army residences, Mr Prasert said, adding that the army was not directly responsible for providing security for prime ministers.

If the court rules against Gen Prayut, it remains to be seen whether other retired officials who still live in state-owned residences will be prosecuted, Mr Prasert said.

Pheu Thai spokeswoman Arunee Kasayanont said the PM should resign even before the court's verdict is known. "Gen Prayut can make a graceful exit by resigning before Dec 2 and thus respond to the demand of demonstrators," she said.